The iPad mini has looked essentially the same since its inception, but Bloomberg’s Mark Gurman says that a major redesign is on track to launch later this year. Gurman called it “the biggest redesign in the nine-year history” of the iPad mini on his Powered On podcast.

Last month we saw renders that showed thinner bezels, no TouchID Home button and squared off sides, similar to the iPad Air. This follows an earlier report by Gurman who claimed the same design changes.

The thinner bezels will allow Apple to fit a larger display – 8.5 to 9 inches in diagonal, according to Ming-Chi Kuo, up from the 7.9” standard so far. There will be other changes too, like joining its larger siblings in swapping out the Lighting port for a USB-C port. TouchID will still be on board, but built into the Power button instead. 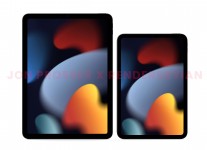 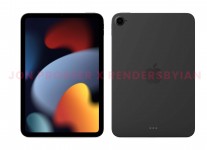 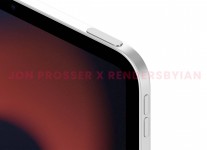 The podcast has other interesting details about Apple’s plans. It claims that the company is working on replacing the current 27” iMac that uses Intel Core processors with one that uses Apple silicon.

It won’t be the Apple M1, but one of the upcoming chipsets, the M1X perhaps. Note that while it will replace the 27” model, this new iMac may have a larger screen. The new chip and screen could allow the new model to serve as a replacement to the now-discontinued iMac Pro, which made its debut in 2017.

The current 27” iMac (non-pro) lineup was refreshed last year, so they are not exactly old, but they don’t mesh with Apple’s Intel-free strategy. The only Apple-powered iMacs at the moment have a 23.5” display and they do use the M1. There’s no talk of replacing the 21.5” model yet, which hasn’t been touched in years (it has a 7th gen i5).

You can check out the free version of Power On, where Gurman talks about the Apple Card and a potential rival to Square (a financial services company known for transforming iPads into point-of-sale systems). The iPad mini, iMac and other info is part of the paid podcast.