On Tuesday, Apple held its annual September event, where it announced a bunch of new products. This includes the new iPhone 13 and iPhone 13 Pro pairs, new iPad and iPad mini models, and the new Apple Watch Series 7. Here are some of my thoughts on these new releases.

The Series 7 announcement was arguably the most underwhelming part of the event, which is why I’ll start with it first. 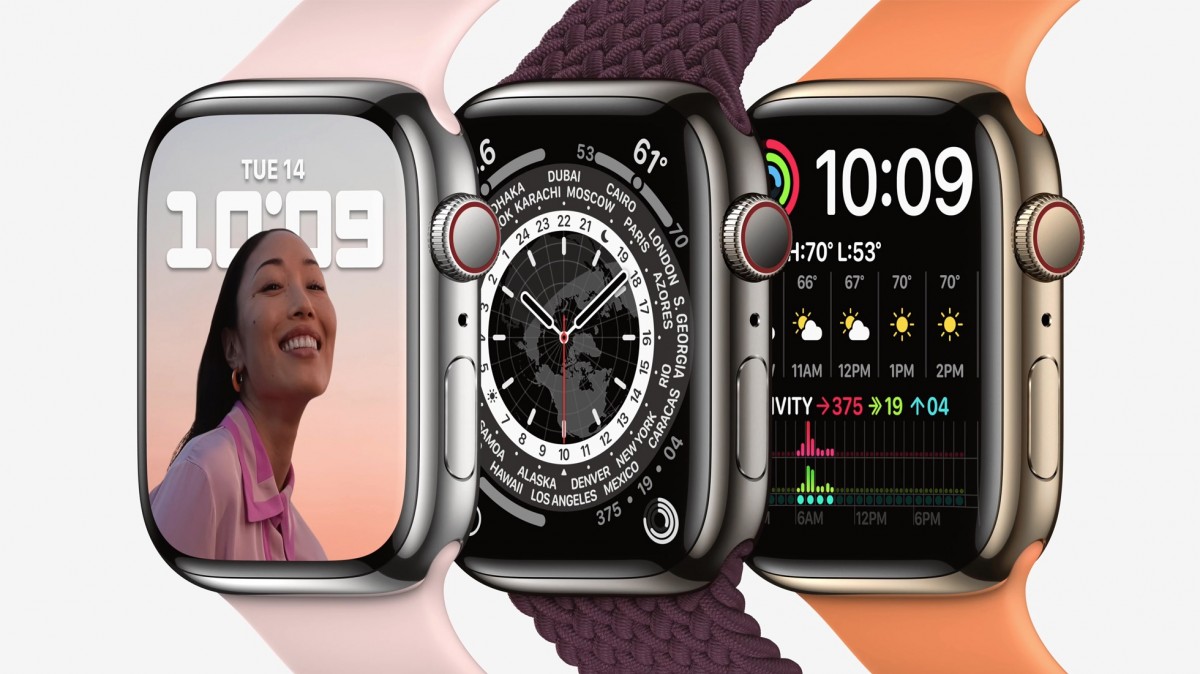 The main thing here was the new display, which does admittedly look quite nice. It’s not clear whether the company is using a curved panel or just curved glass to achieve the 2.5D glass effect but it does look striking. The display is also a fair bit bigger, which, in addition to making the previous Series 6 look immediately outdated, lets you see more content as the UI has been adjusted to take full advantage of it.

The display aside, there isn’t a whole lot to get excited about the new Series 7. Apple likely knows this, which is why the company has rightfully chosen to focus on the fitness aspect yet again. While there isn’t a whole lot new on the watch side there, Apple did hype up its Fitness+ service, which has been improved and saw its availability expanded to more regions.

If you’re an existing Series 6 owner, I don’t see too many reasons to upgrade to this model. Apple has clearly settled into a rhythm with these launches, with every other model bringing the major features. This to me suggests that there are much bigger changes in store for the next Series 8 release, so if you’re a Series 6 owner, you are better off waiting for that instead.

The iPad part of the event was definitely more interesting. 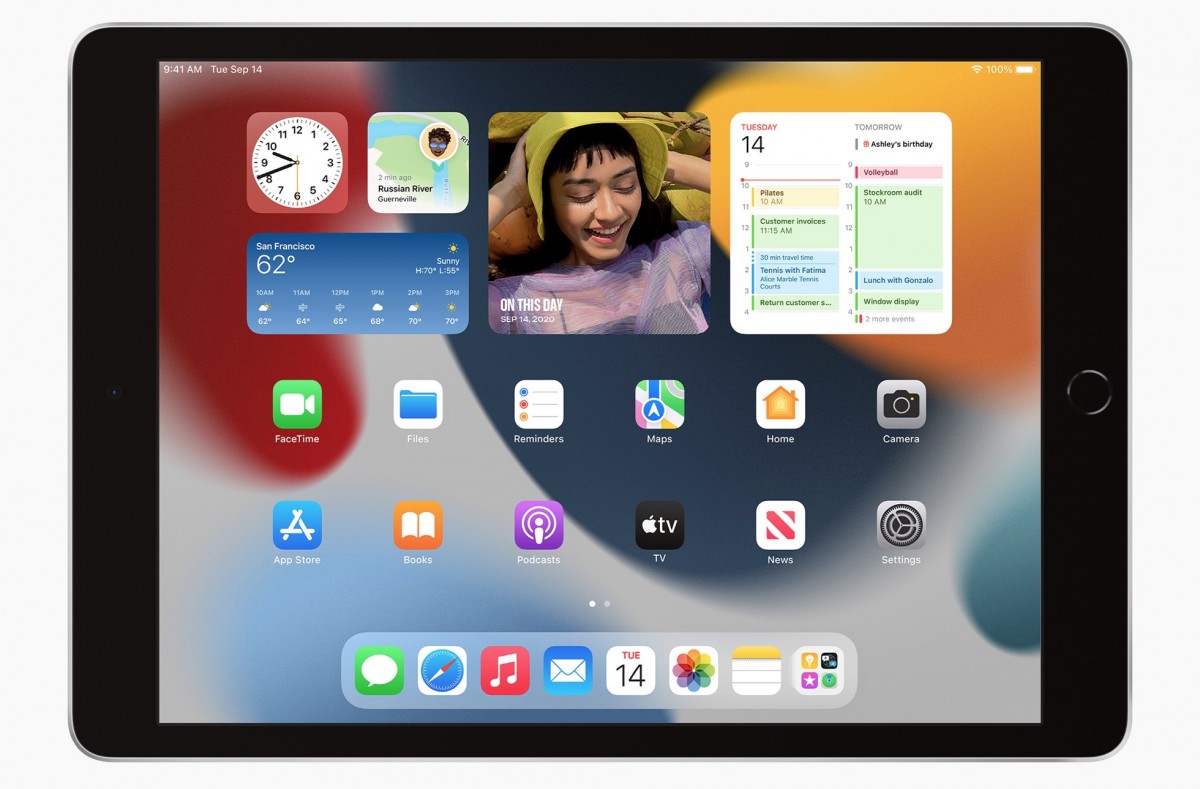 The base iPad update is about as by the numbers as it gets. This is likely the least profitable iPad for Apple but it sells a lot so they put the bare minimum amount of effort into keeping it relevant. The fact that it still has those hideous bezels and a Lightning connector is proof of that. The bar seems to be on the floor, as Apple is clearly just focusing on being better than popular Chromebooks and cheap Android tablets. Of course, this new iPad is going to be a lot better than those devices, but that doesn’t really mean much.

The iPad mini, however, is a whole different ball game. The mini has always been one of my favorite products in the entire Apple lineup, which is why it has been distressing to see it languish for eons without getting any serious updates. 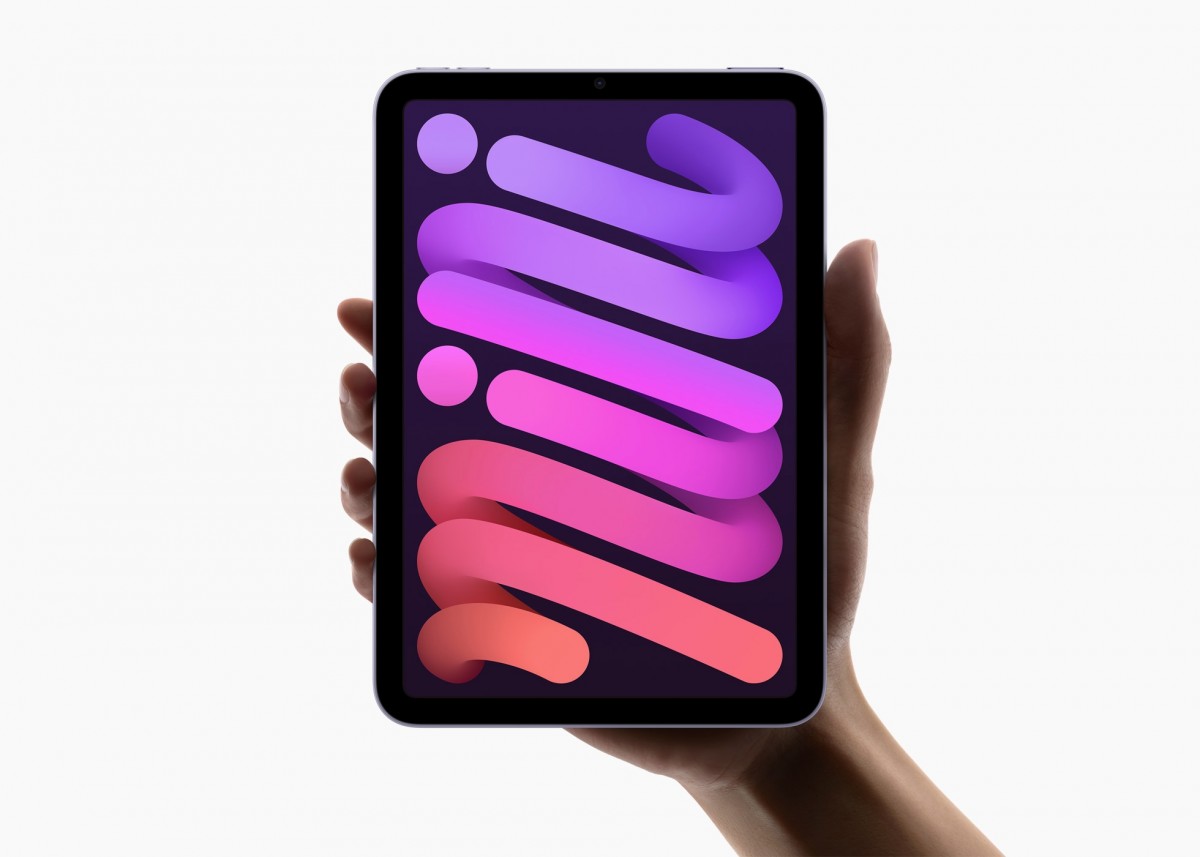 Well, it seems Apple finally got serious about it as the new update seems terrific. The new mini is now on visual parity with the more expensive iPad Air and iPad Pro models. It has slimmer bezels, better display as well as better cameras, and a faster processor. In fact, it’s the same A15 as on the new iPhone 13, making it faster than even the iPad Air. Apple even threw in the USB-C connector to show that it really does care this time.

One can’t help but wonder if this sudden affection towards the iPad mini is brought on by the looming threat from the foldables. The iPad mini is pretty much the closest thing Apple has to the Galaxy Z Fold3 and it wouldn’t have made much sense to compete against that with a design from 2012 when the competition is literally bending glass and pixels.

That isn’t to say the new iPad mini is anything like a foldable but in effect, it sort of achieves the same purpose. It’s big enough to be great for reading books, watching TV shows, video calling, or playing games but still small enough to fit in some pockets. It also has a far greater library of apps and games optimized for it than what the moving target of foldables can ever hope to achieve. 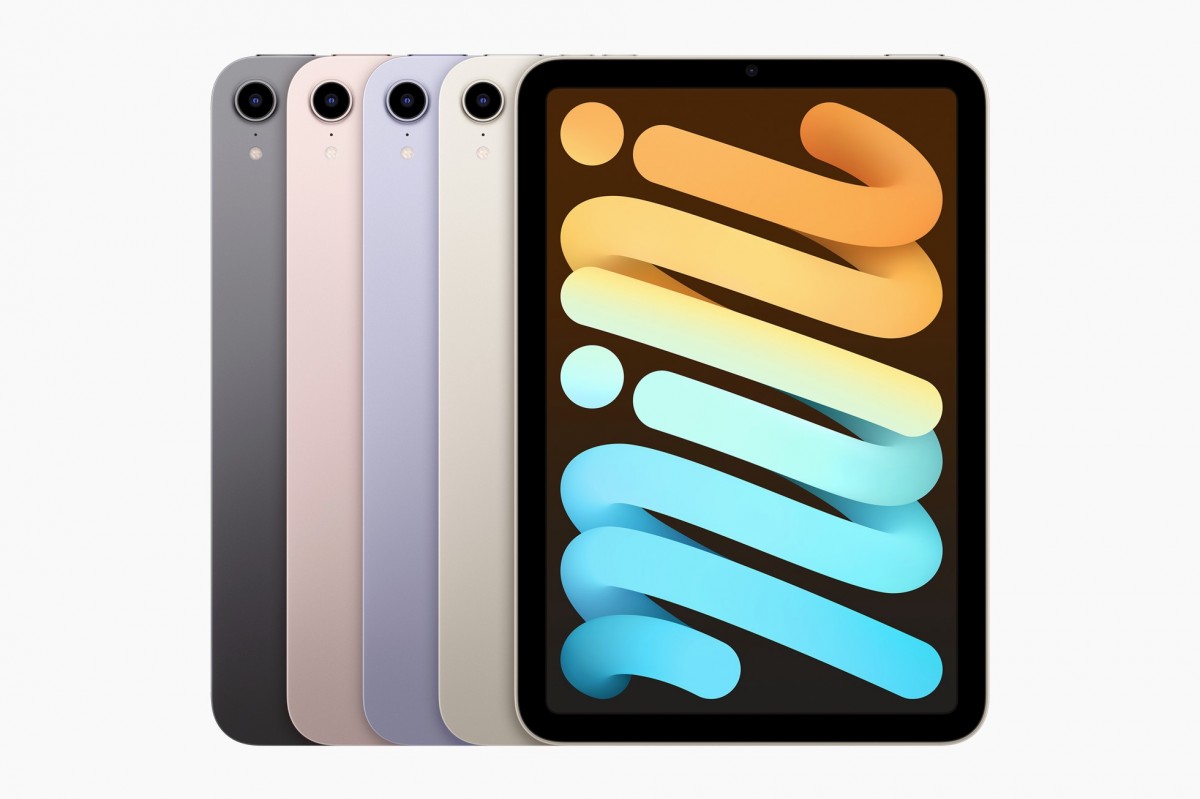 More importantly, the iPad mini is a lot cheaper. While something like the Galaxy Z Fold is certainly a lot cooler and also integrates a smartphone, the high cost does make you question if it is indeed worth spending that much just to open it up into a small tablet when you can get that small tablet for a lot less money. Not an apples-to-apples comparison, I know, but it does make sense on some level.

Regardless of what you feel about that comparison, there’s no denying that the new iPad mini is likely the best iPad in the current lineup for most people. It’s just big enough to justify owning it over even the largest of smartphones and just small enough to make it carrying around a breeze, which is why it has always been one of my favorite products.

So we got two new iPhone pairs this year, the iPhone 13 and the iPhone 13 Pro, for a total of four. It seems Apple is sticking with this format for the time being, as there were some concerns last year on whether on not we will see the mini model return. 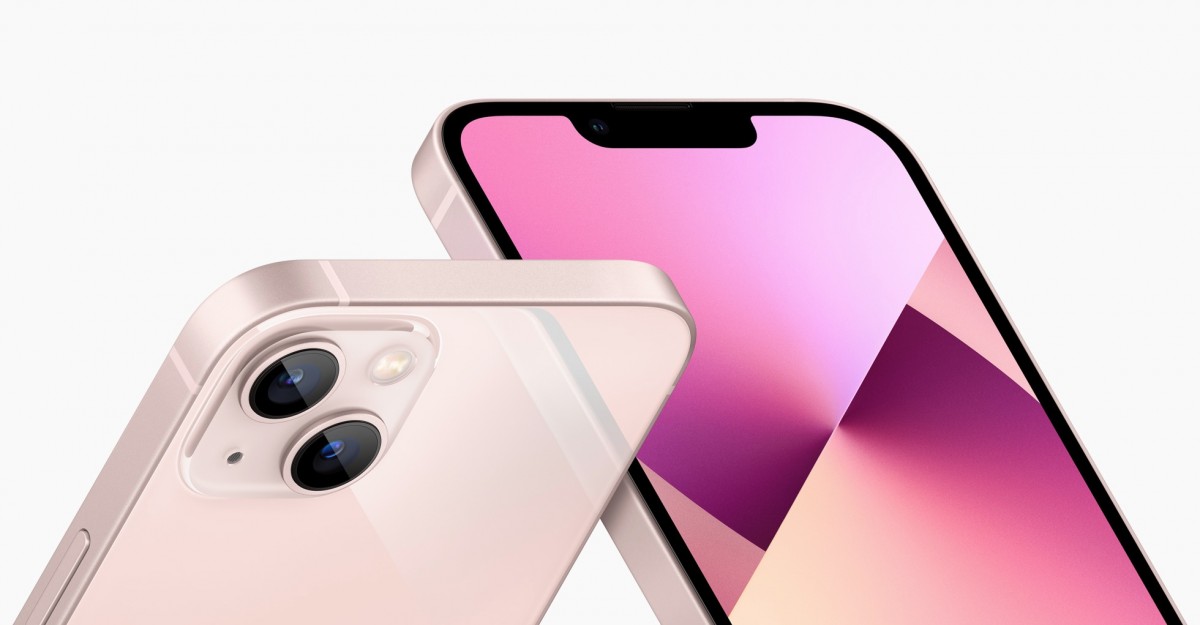 Despite the full increase in model number over the previous year’s models, the iPhone 13 generation is certainly not a full step ahead. I know that there’s no clear way to define what does and doesn’t constitute a full-generation upgrade. I just feel this isn’t it.

The display seems to be one of the things Apple focused on for this generation. For the iPhone 13 and 13 mini, the main difference seems to be that the notch is 20% smaller.

Here’s the thing; there’s no person in this world who can convince me that Apple could not have made that even smaller. Or that it even needs it to be there anymore. But like so many other features, Apple will just use the size reduction of the notch as a selling point for the foreseeable future, making it smaller and smaller each generation, until magically it is suddenly capable of getting rid of it. I’m sure it will be a huge selling point of the iPhone 17, or whatever. But doing that right now wouldn’t make much sense to the bean counters, so all we get is this 20% reduction.

Setting aside the tinfoil hat, the 20% isn’t going to make much of a difference regardless of whether you were or weren’t bothered by the previous notch. It would have been interesting to see how many people had even noticed that it was smaller if Apple hadn’t mentioned it.

Moving over to the iPhone 13 Pro, the display is now capable of refreshing at 120Hz. Because this is Apple, they have done it properly, which is to make it matches the refresh rate of the content for correct frame pacing and also drop it down as low as possible when not in use, which in this case is 10Hz. This isn’t always the case with other high refresh rate displays on other phones, most of which can only really alternate between their highest refresh rate and 60Hz.

This feature is, as was expected, only on the Pro models. I have no doubt that it will make its way down to the standard iPhones in the future. Until then, you are looking at spending $200 extra over the standard iPhone 13 to get a feature now found on budget Android phones.

The other big change this year are the cameras. The iPhone 13 models get the fancy sensor-shift and larger sensor from the iPhone 12 Pro Max, The iPhone 13 Pro models, however, get three new cameras on the back.

I’m just going to skip the still photography bit as there’s nothing particularly interesting to discuss there (it’s better — who’d have guessed?). I was far more interested in the things Apple had to show on the video side of things.

It’s a fairly well-established fact by now that the iPhones are best at video recording, and have been since pretty much the iPhone 4s. I also know why phone manufacturers have suddenly decided to focus so much on video (it starts with a ‘Tik’ and ends with ‘Tok’). But every time smartphone manufacturers use the term “cinematic” to describe smartphone footage, I can’t help but roll my eyes all the way back into my skull.

The main new feature here is the so-called “cinematic mode”, which does AI and machine learning assisted tricks like racking focus when a subject looks away or walks into the frame and also adds a fake depth of field blur, which can also be changed in post. Apple even went ahead and added ProRes, a lossy but high-quality codec used on cinema cameras.

All that is impressive on a technological level and something really only Apple can do because of the vertical integration it has with its hardware and software. But none of that really matters when you look at the final result.

Even in the supposedly “cinematic” clip that Apple showed during the event, directed by Kathryn Bigelow (Zero Dark Thirty, The Hurt Locker) and shot by Greig Fraser (Dune, Vice, Rogue One), the image quality was laughable. The image was noisy and over-sharpened, the fake depth of field effect was gross, and the lack of control over shutter speed meant motion had the jittery look that you get with all smartphone video.

On top of that, the much-ballyhooed rack focus is something that you can easily do even if you’re operating the focus alone. On any smartphone with autofocus, a simple tap can move focus to whatever point you want, removing any sort of guesswork from the shot. Actual cinema cameras don’t even have autofocus because the focus needs to be controlled manually, usually by a separate operator. The fact that Apple feels you should rely on an AI-assisted focusing system for a ‘cinematic’ shoot is hilarious. What’s next, having Siri shoot the entire video for you?

Don’t get me wrong, the iPhone produces excellent videos for a smartphone but you don’t need to be an Academy Award-winning cinematographer to see the image quality difference between a phone and even an entry-level mirrorless camera, which you can get for half the price of an iPhone 13 Pro. 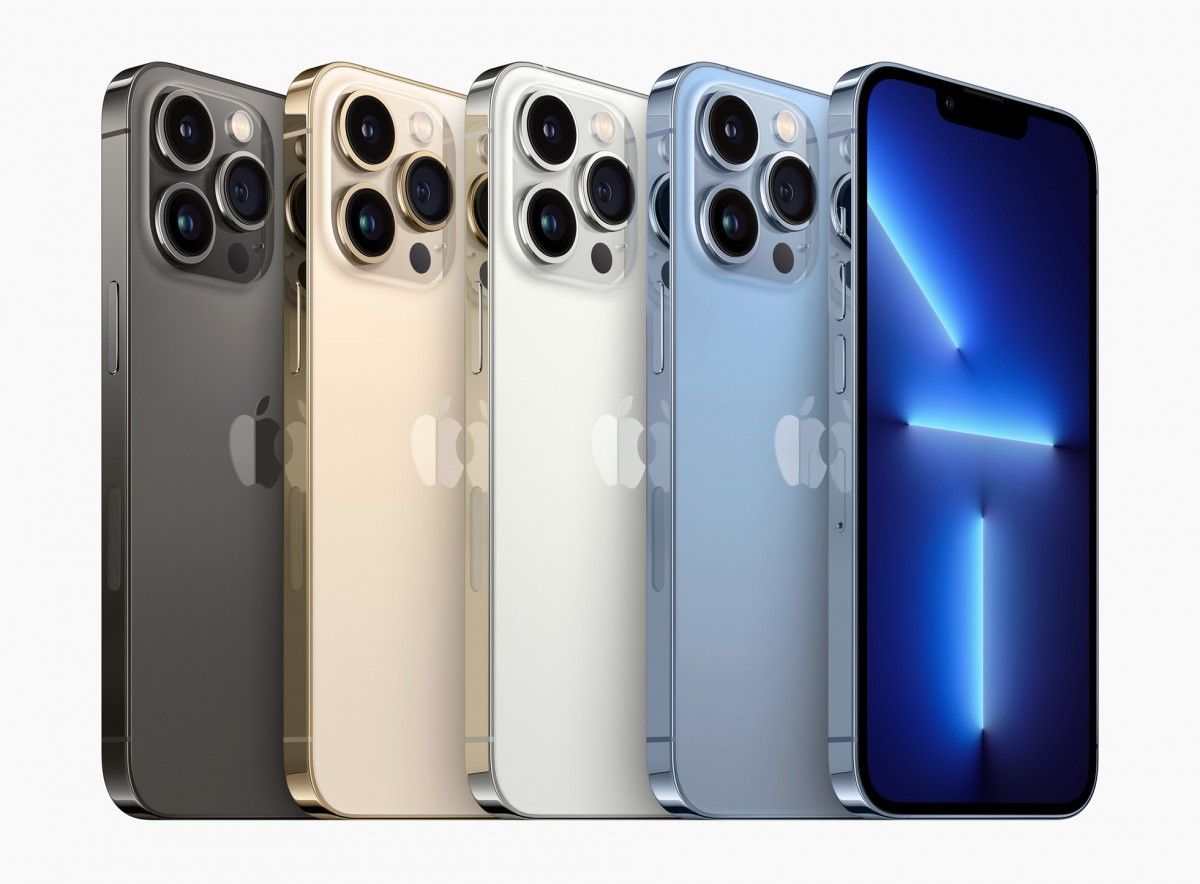 All of this posturing is for naught, then, as no one in their right mind is using a smartphone to shoot cinematic videos outside of contrived scenarios. What the point of Apple’s video was, I’m not sure. All it did was highlight how out of place a smartphone is in a truly professional environment.

People use smartphones to record because it’s easy to shoot, edit, and upload quickly to a service like TikTok or Instagram where the quality doesn’t matter. I’m sure those users will appreciate these features. But let’s not get carried away with the term “cinematic”.

One last thing I want to talk about is the new A15 Bionic. I’m sure it’s a stupidly fast chip because the one before that was stupidly fast as were all the ones before that. I just can’t help but chuckle at how casually Apple has moved the goalposts from comparing the performance of its chips versus its predecessors to comparing it against the competition.

It’s clear the company cannot sustain the massive year-on-year performance growth that it showed in the past and the differences are starting to slim down. So what better way to show the performance difference than by moving over to showing the difference against the competition, who can barely even keep up with last year’s model?