Huawei is reportedly working on a 90W fast charging system


Huawei is working on a 90W wired fast charging system, according to leakster @DigitalChatStation. The current iteration of SuperCharge tops out at 66W and was introduced with the Mate 40 series. It is also featured on the new nova 8i, whose 4,300 mAh battery can be fully charged in 38 minutes (0-60% takes 17 minutes).

Does that mean that the Huawei P50 and co. will have 90W charging? There’s no guarantee, the 3C recently certified a phone with 66W charging, which may be the S888-powered, LTE-only version of the P50. Maybe the Kirin 9000-based 5G model will be faster? 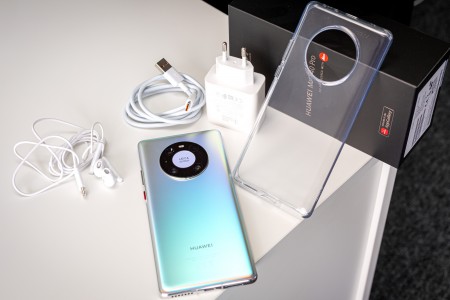 The Huawei Mate 40 Pro and its 66W fast charger

It might have to be, since (according to rumors) there will be no Mate 50 series this year, so the P50 could be the only high-profile Huawei phone launch left for 2021. The P50 series is expected to be unveiled on July 29, though that information is still pending official confirmation.

During the Mate 40 launch, Huawei Consumer Business CEO Richard Yu claimed that the company has tested 120W and even 200W charging, but decided against launching it due to battery capacity concerns. The company recently received a certification for a 135W charger too, so 90W will be just an intermediate step.