As you probably already know, Apple unveiled four new smartphones yesterday – the iPhone 13, 13 mini, 13 Pro, and 13 Pro Max. They’re all powered by the A15 chip, but there are GPU differences between them.

This A15 chip with a 5-core GPU has been tested on Geekbench’s compute benchmark using the Metal API today, by someone in possession of an iPhone 13 Pro prototype. The resulting score is 14216, which is about 55% more than the iPhone 12 Pro’s 9123. This points to huge GPU performance improvements in the new iPhone 13 Pro and 13 Pro Max compared to their direct predecessors. 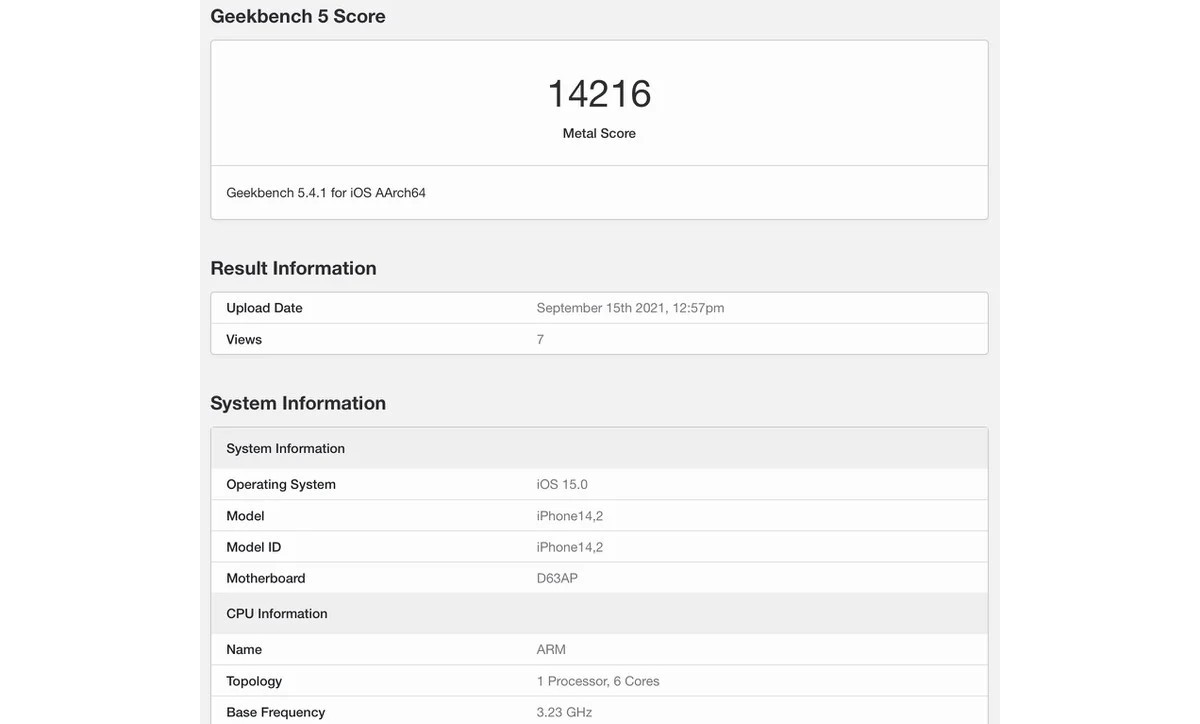 Apple has called the 5-core GPU version of the A15 “the world’s fastest smartphone chip”, and promised that it delivers “50% faster graphics performance than any other smartphone chip”. Well, that seems to be the case at least when comparing to last year’s A14 Bionic with 4-core GPU, as featured in the iPhone 12 Pro. The iPhone 13 Pro has 6GB of RAM too.

We don’t yet know how the A15 with 4-core GPU would perform, since no one has benchmarked an iPhone 13 or 13 mini yet. We also don’t have CPU benchmark results for any of Apple’s new devices at this point, but all of these are surely coming soon.