Last year iQOO introduced its partnership with BMW by releasing the iQOO 5 Pro and it seems that collaboration will continue with the upcoming iQOO 8 series. A leaked poster for one of the iQOO 8 series phones reveals it will come in black and white versions with the latter sporting the German automaker’s signature blue, violet and red-colored stripes. 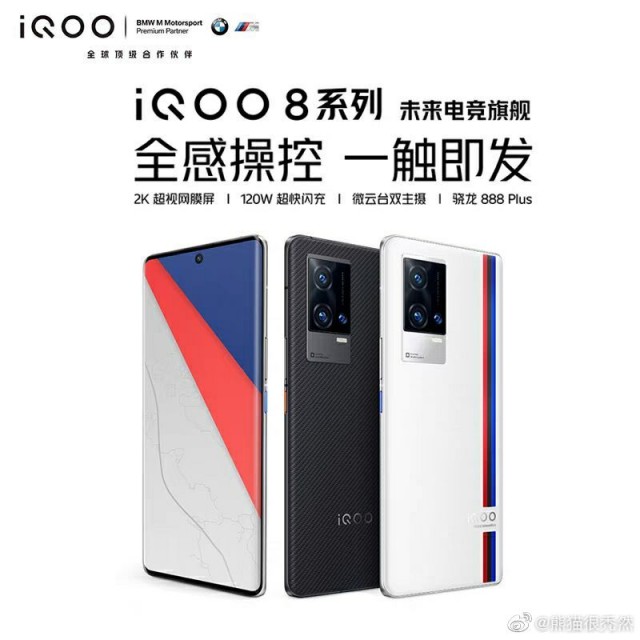 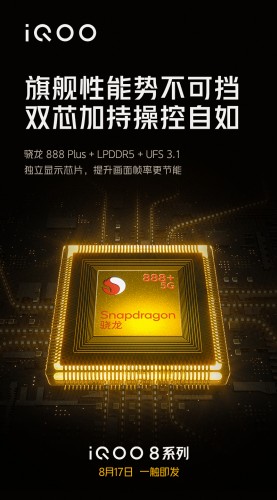 The chipset choice was also confirmed via another poster on the brand’s official Weibo terminal alongside UFS 3.1 storage and LPDDR5 RAM. iQOO 8 series is expected to debut on August 17 which leaves plenty of time for more leaks to surface.