Over the last month, the iQOO 8 Series has been teased, and hands-on images of the unreleased iQOO smartphone came during the recent ChinaJoy convention last week. Now, the Chinese phone maker has officially confirmed on its Weibo handle that it will launch the iQOO 8 Series on August 17 at 7:30PM local time. 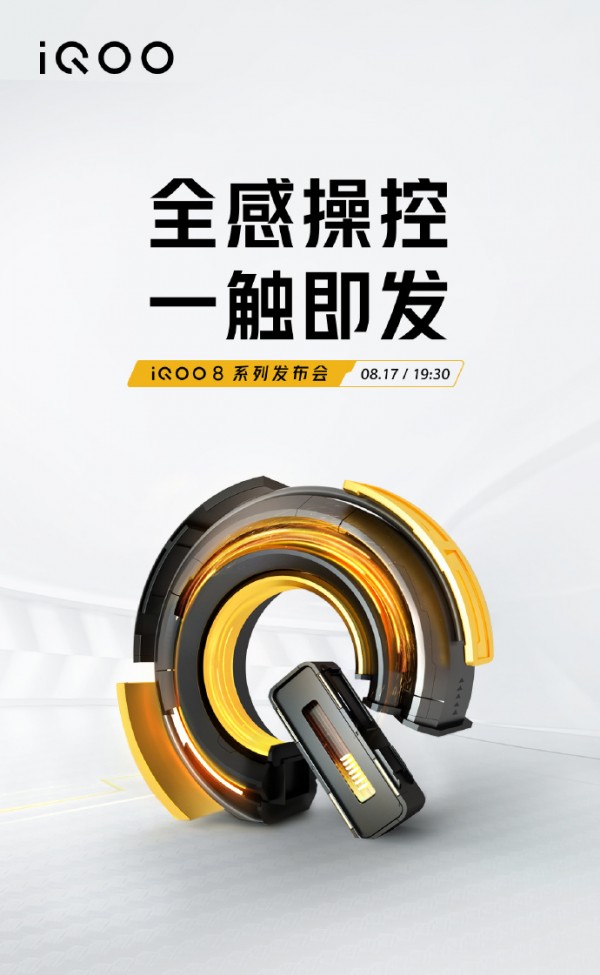 The poster roughly translates to “Full Control on the verge of iQOO 8 Series Conference” which we think was lost in translation but may be a nod to the iQOO 8’s high performance.

iQOO 8 photographed at the ChinaJoy convention

The iQOO 8 Series is expected to be the first to arrive with the slightly updated Snapdragon 888+ chipset. 12GB of RAM and 256GB of storage are expected as well. Although iQOO demoed 120W charging at the ChinaJoy convention, an unconfirmed rumor suggests the iQOO 8 will support up to 160W charge speeds. As per DigitalChatStation, the iQOO 8 will allegedly have a Samsung E5 LPTO AMOLED screen with 1400 x 3200 px.