Leak: the Samsung Galaxy Tab S8 Ultra will have a 14.6″ OLED display with 3K resolution


The current expectation is for Samsung to launch three Galaxy Tab S8 tablets alongside the Galaxy S22 smartphones. In both trios the “Ultra” model will be the best-equipped device, which can be seen in the Tab S8 specs that leaked a few months ago. 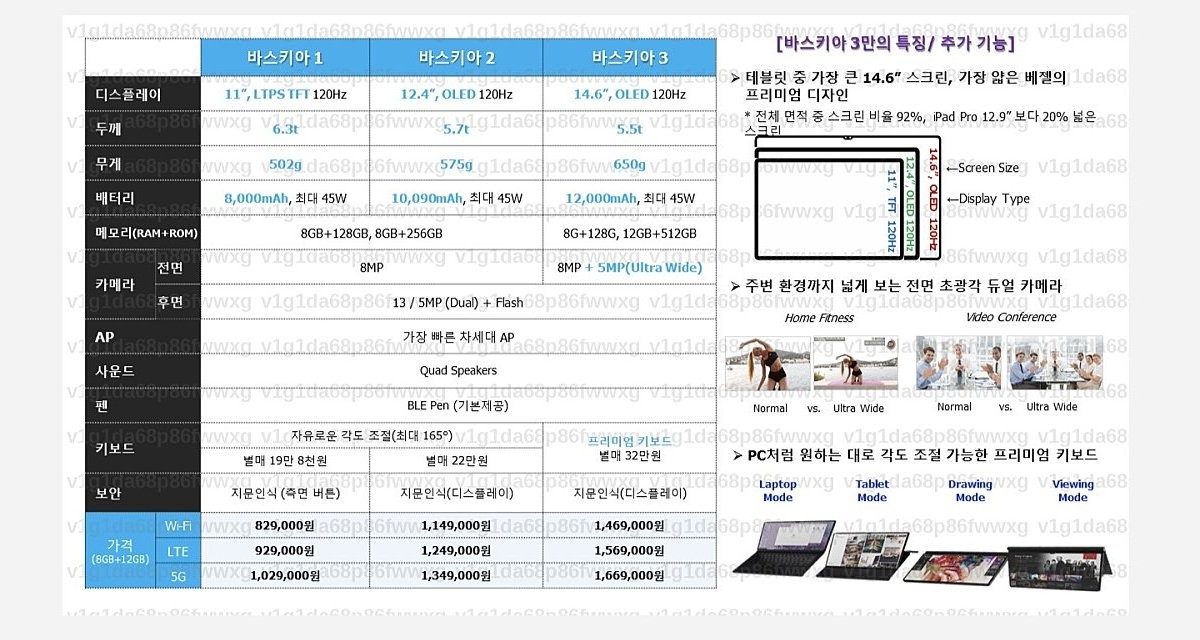 Additionally, the tablet will be powered by an 11,500 mAhbattery (says to the leakster), which is in line with the earlier leak. Charging will be done at 45W, so the Tab S8 Ultra and Galaxy S22 Ultra will probably be able to share chargers (the S22U will use a 10V/4.5A charger).

Based on earlier reports from Ice, the tablets will use Snapdragon 898 chips instead of the Exynos 2200, which will be featured even in the US versions of the S22 phones. The Galaxy Tab S8 is expected to have an 11” LCD, while the S8+ should be equipped with a 12.4” OLED, all at 120 Hz. All three will have 45W charging, so the main differences will be the screen, battery and price.