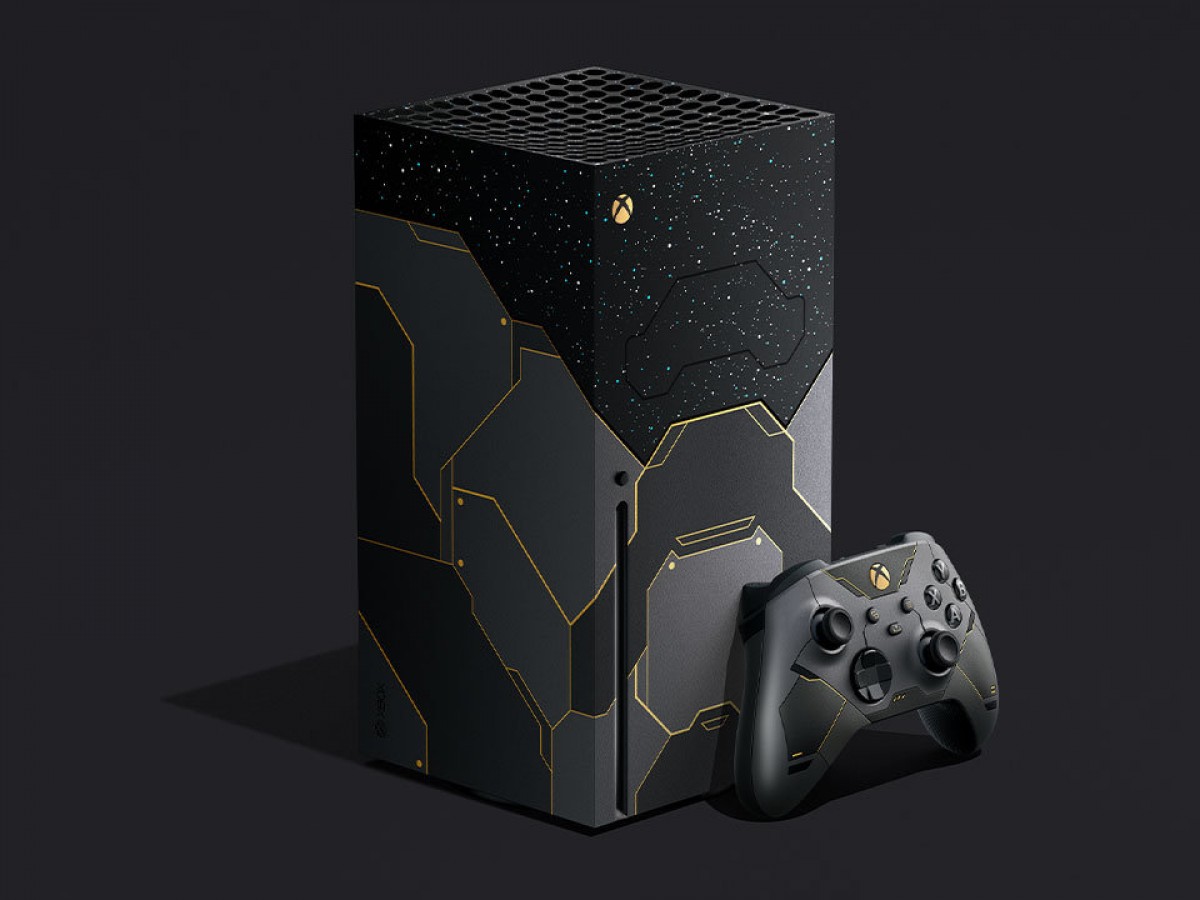 The Xbox Series X – Halo Infinite Limited Edition Bundle includes a custom console, controller, and a copy of the game.

The console features a custom livery featuring references from the game. The bottom of the console is covered in dark metallic armored pattern with iridium gold accents. The top is covered in stars as seen from the surface of Zeta Halo. The fan grille on top features blue highlights inspired by Cortana. 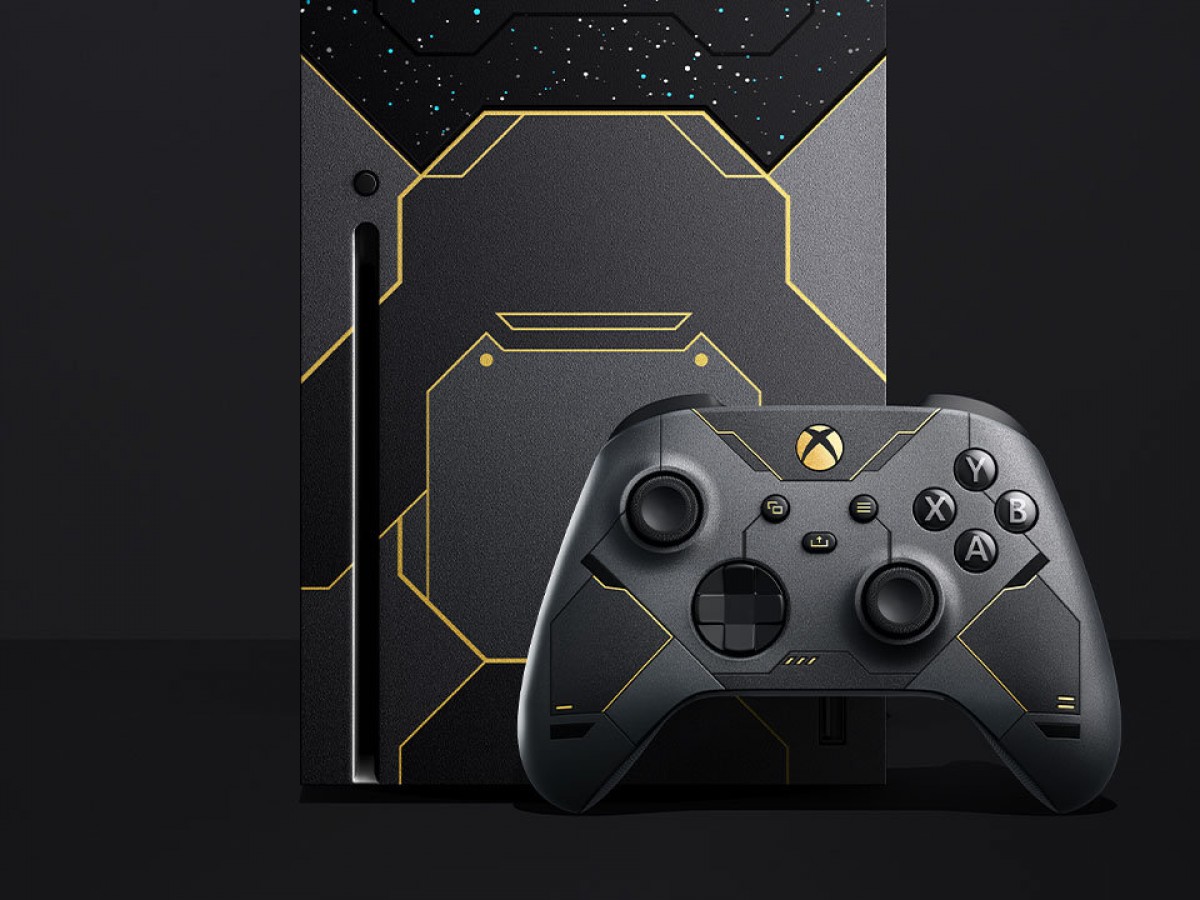 As with other Xbox limited edition bundle consoles, this particular model also features a startup sound. Both power on and power off will be accompanied by custom Halo-themed sounds.

The controller also features the dark metallic color with iridium accents. On the back is the 20 year Halo logo.

Aside from the appearance and the sounds, both the console and the controller are identical to the standard model.

The Limited Edition Elite Series 2 controller, however, is anything but standard. Aside from the very obvious Master Chief inspired design, there are a lot of functional differences that separates this controller from the standard Xbox Wireless Controller. 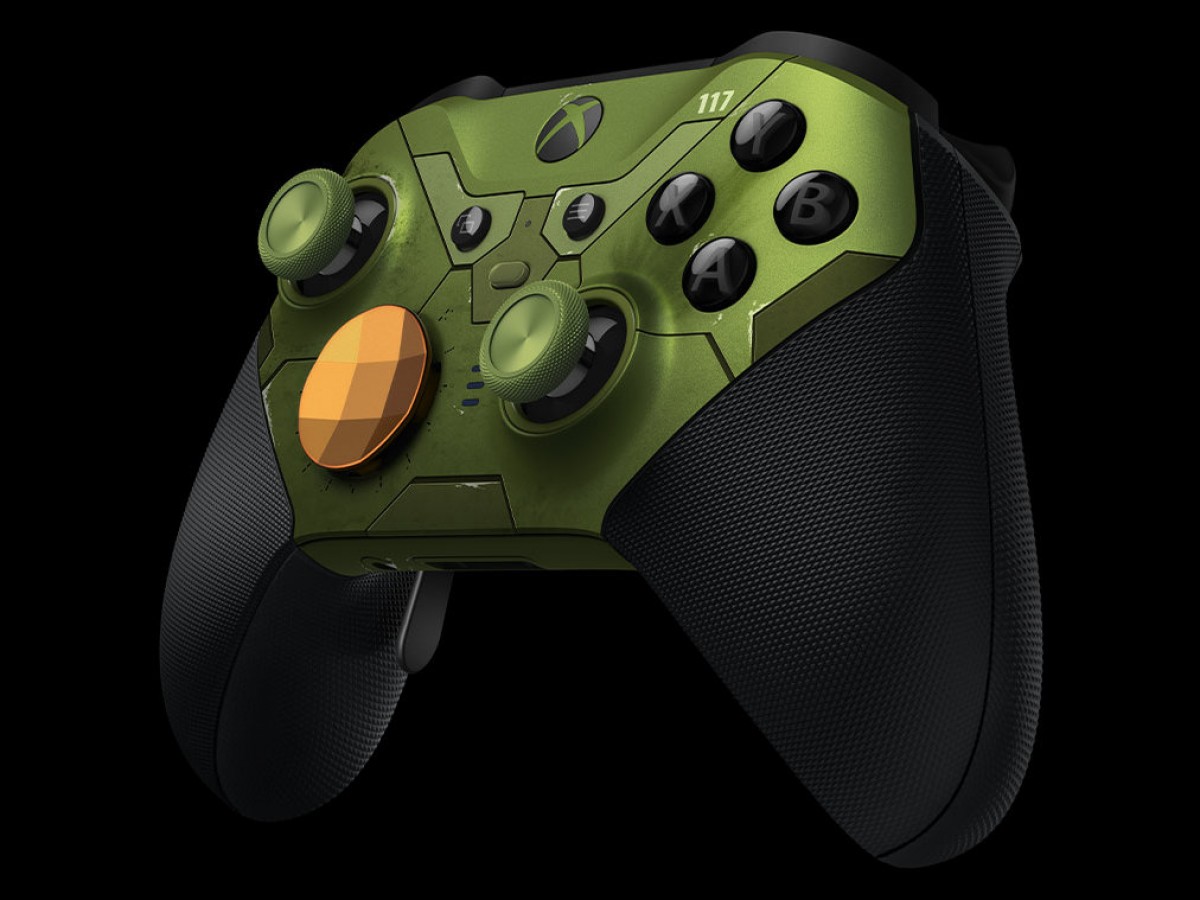 The Elite Series 2 features adjustable thumbsticks. With the help of a provided tool, you can adjust the tension on the sticks. You get six thumbsticks, two standard, two classic, one tall, and one wide dome so you can customize them to whichever texture or shape you prefer. 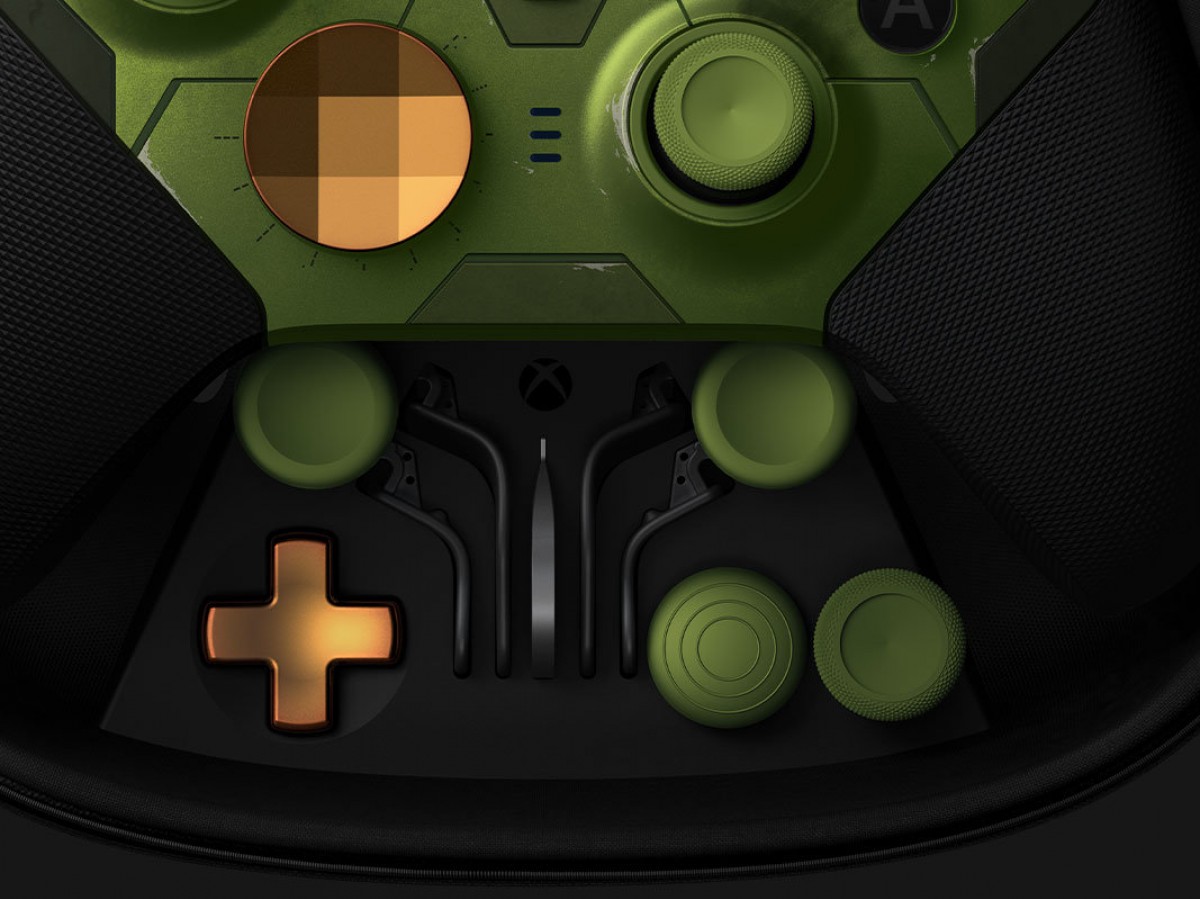 Another thing on the front that can be customized is the D-pad. You get two options, standard and faceted.

A staple of the Xbox Elite controllers is the addition of paddles on the back, four to be precise. These can be assigned to any function you like, letting you control many more features of the game or the console at the tap of a button. The paddles can be removed and adjusted for size. 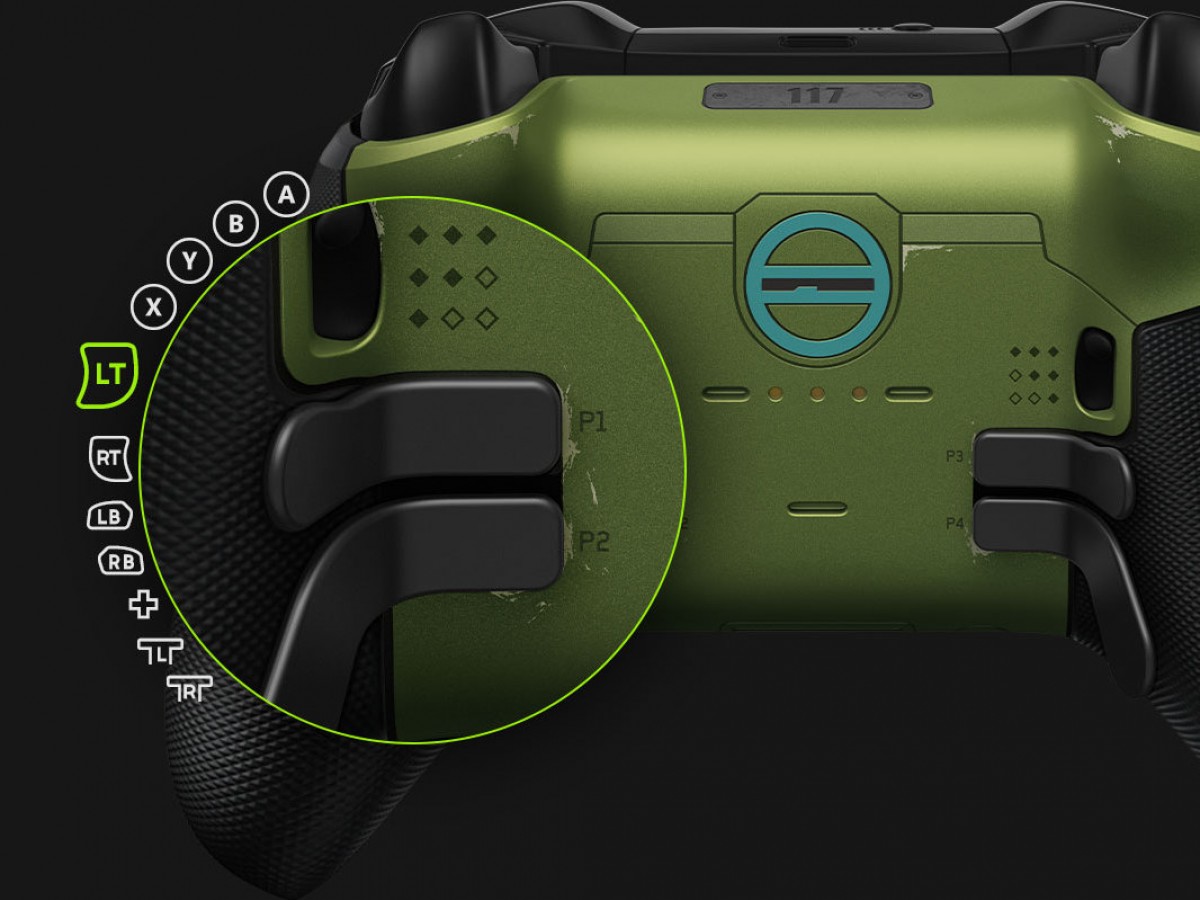 A hair trigger lock feature lets you customize the pull of the shoulder buttons and you can choose from three different levels. Any customization can be saved on the controller within three custom and one default profiles.

Unlike the AA-battery powered standard Wireless Controller, the Elite Series 2 features a built-in battery that can last for up to 40 hours. The controller comes with a black and gray laser etched charging dock. The controller can be charged either outside or within the provided custom dark green carrying case. You also get a custom green and orange USB-C cable.

The Elite Series 2 will work with Xbox as well as Windows PC.