Motorola seems to be gearing-up for at least a couple of new device releases, likely to drop next month. The Moto G Pure and Moto E40 have already popped-up in extensive leaks and now we get another round of mostly images.

Let’s start with the Moto G Pure – the higher-end of the two. We already have a pretty good idea of its specs sheet, as well as a full set of detailed renders. Evan Blass simply offers another look at the phone in what seems to be an official poster. It reaffirms what we already know about the phone’s overall design, almost down to a tee. Well, perhaps with the exception of some writing on the side of the camera island, which we were previously unaware of. 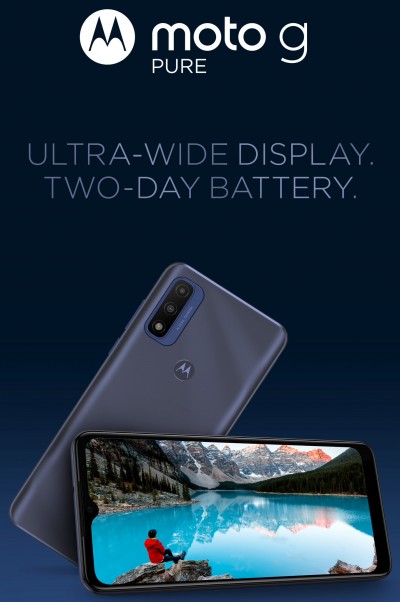 The Moto G Pure is expected to use the Helio G25 chipset, or perhaps the P22, with 4GB of RAM and 32GB of storage in the base configuration. For cameras, the G Pure will likely rock a 48MP main snapper and a 2MP depth sensor on the back, with a 5MP selfie on the front. The latter appears to be housed within a teardrop notch, cutting into what rumors say will be a 6.5-inch AMOLED display. 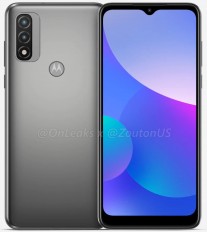 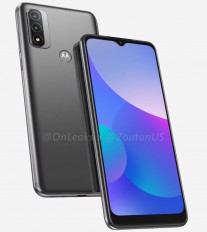 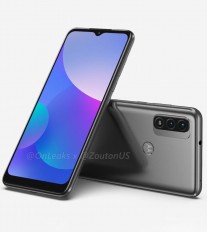 A 4,000 mAh battery, with 10W charging is rumored as well, fitted inside what is a fairly-thick 10.1mm body, allegedly consisting of a premium aluminum frame, though most-likely with a plastic back. Other specs include USB Type-C and a 3.5mm jack The Moto G Pure is expected to be unveiled in the second week of October, with a price tag in the $300-$350 range. Perhaps a bit too ambitious.

The Moto E40 is an even more-budget offer. One that has also been well-covered by rumors already, particularly in terms of specs, where the E40 is said to be a slightly upgraded version of the recently-announced Moto E20. Thanks to a new leak, we now get to enjoy an extensive set of renders of the E40, as well – a welcome sight, since we preciously knew little about its design.

Not that there really seems to be anything particularly noteworthy about the way the E40 looks. Still, it is meant to be a budget offer that uses a Unisoc T700 chipset, with 4GB of RAM and 64GB of storage, plus the lightweight Android 11 Go edition on top. For cameras, it also has a 48MP main snapper, plus a 2MP depth sensor, but throws in a third 2MP macro camera. The display is rumored to be a 6.5-inch IPS panel, with 90Hz refresh rate.