Nokia T20 tablet surfaces in both Wi-Fi only and 4G flavors, pricing revealed


It has been ages since the last Nokia tablet – that whole Windows RT thing didn’t pan out and who even remembers the Nokia N1? HMD Global is planning to re-enter the tablet market, so the next tablet, dubbed the Nokia T20, will be here soon.

Two versions of the Nokia T20 were listed by British retailer MoreComputers. One is a Wi-Fi only version, the other packs 4G connectivity. Both are available in Blue (at least that’s the only colorway to leak so far).

The T20 tablet will have a 10.36” display and fairly modest specs – 4 GB of RAM and 64 GB storage. There chipset is as yet unclear, but given the memory configuration and pricing, we don’t expect a speed demon (recent Nokia phones also tend towards the lower-end chipsets). 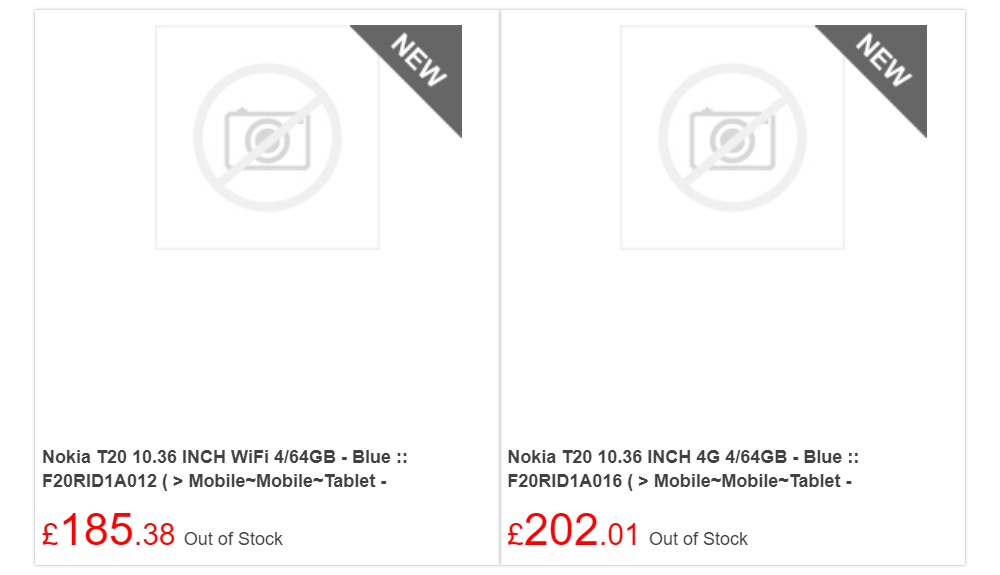 There’s no word on when the tablet might be announced, but HMD has many more devices in the pipeline, including the Nokia G50 5G, which leaked through similar means. And there is a big event planned for November 11.