Samsung announced the One UI 4 beta program at the end of July and it is almost ready to open up the software to public testing. A community manager in the Samsung forums posted that the beta testing will start “in September”.

Unfortunately, the company hasn’t committed to a specific date and the beta will be available in South Korea first (but it should expand to other regions soon after). If you want to join, you will need to tap the ‘Join One UI Beta Program’ banner in the Samsung Members app. 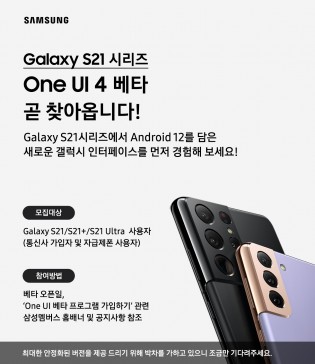 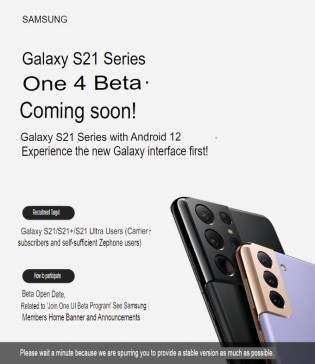 The first phones to take part in testing the One UI 4 beta update (which will move to an Android 12 base) will be the Galaxy S21, S21+ and S21 Ultra. The Galaxy Note20 and S20 should be next in line, but there’s no time frame for those yet.