OnePlus has been teasing the Nord 2 smartphone, and we already arrive on July 22 with a Dimensity 1200 chipset. Today the company posted more crucial info, this time about the display – it will be a 6.43” Fluid AMOLED display with a 90 Hz refresh rate and will be HDR10+ certified. 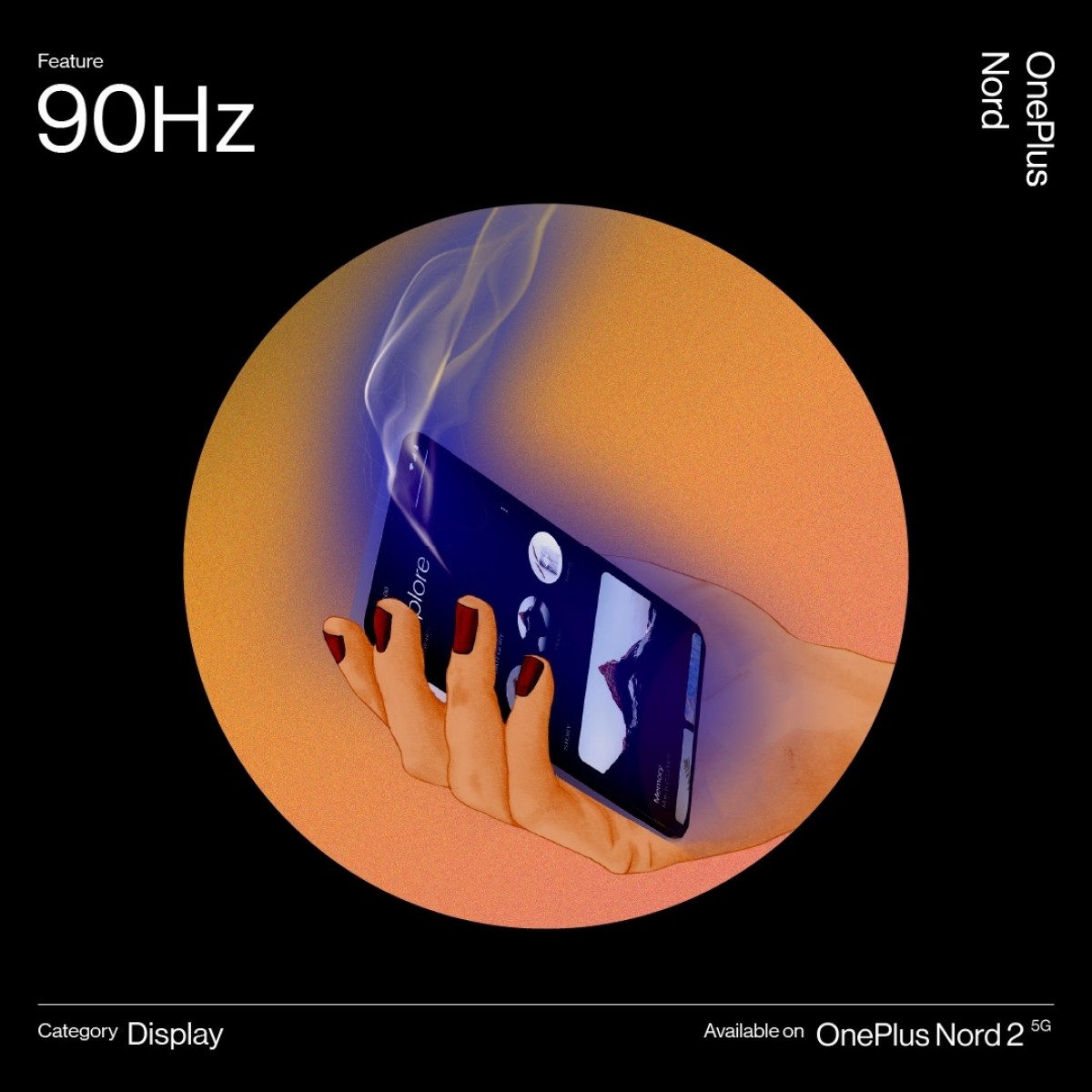 Compared with the first OnePlus Nord and the cheaper Nord CE, announced just last month, the panel has pretty much the same diagonal and specifications. While the resolution is not specifically mentioned, a safe bet would be Full HD+. We also have no official confirmation on the selfie camera, but leaked renders already suggested a punch hole in the left corner.

The Mediatek chipset that will power the Nord 2 will be a customized version by OnePlus, specifically tailored for improved response during gaming and a better photography experience. The AI hardware will come with support for DOL-HDR, which means capturing several exposures simultaneously to reduce ghosting.

Previous leaks suggested a 50 MP main camera with a Sony IMX766 sensor, but the same source got the screen wrong, so we’ll stay doubtful whether any of this is correct. The full picture will be revealed in 10 days, and we expect OnePlus to show even more teasers of the Nord 2.