In today’s news digest about OnePlus’ upcoming Nord 2 smartphone, we talk about the software support window (which was officially confirmed), some leaked camera details, and show you newly outed renders of the front of the phone. Let’s start with the latter, then. 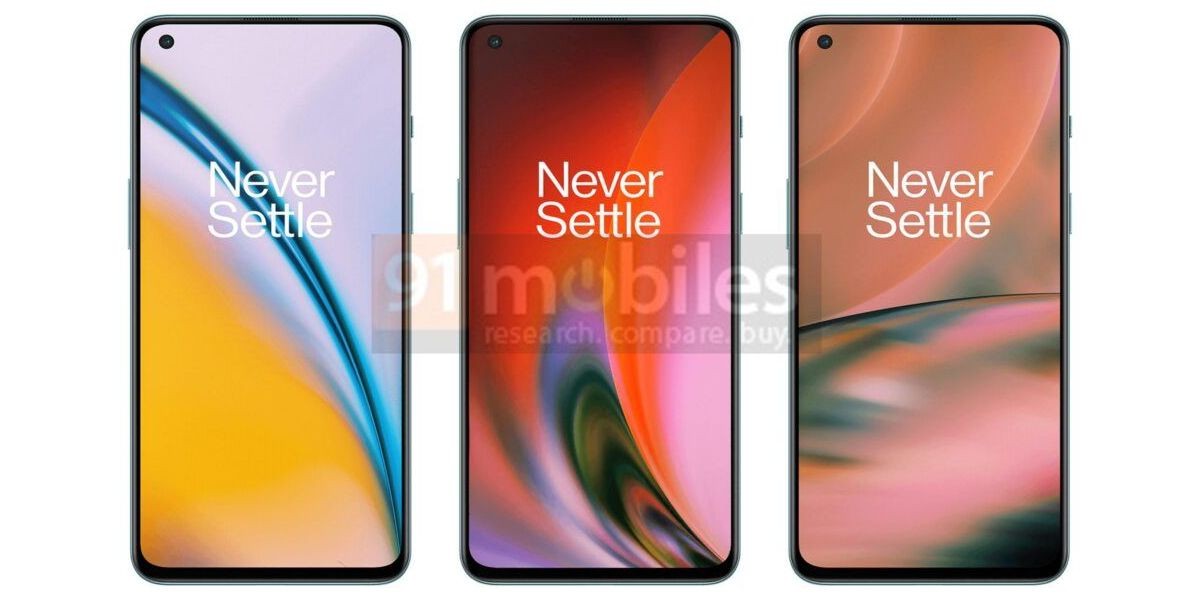 This is said to be the Nord 2 in all its glory, seen from the front. As countless leaks and rumors already mentioned, the dual selfie camera is gone. The pill-shaped hole-punch now makes way for a ‘normal’ single one.

Moving on, the company itself has already confirmed that the Nord 2 is powered by the MediaTek Dimensity 1200 chipset with some AI improvements, and that it has a 6.43″ 90 Hz AMOLED touchscreen. Today OnePlus has also shared its software support plans on Twitter, and the Nord 2 will get two big Android versions and three years of security updates.

That’s not quite on par with the numbered flagships, but not as bad as what it’s offering for the Nord N devices. Like its price, the Nord 2 finds itself securely in the middle.

Finally, a new rumor claims the Nord 2’s main camera sensor will be the same main camera sensor seen on the OnePlus 9 Pro, namely Sony’s IMX766, and not just that, but it will have OIS too. That would be an interesting feat for the mid-range smartphone to pull, and would probably make it compete rather well in its segment when it comes to picture taking.

Although this rumor doesn’t share anything about the other two sensors on the phone’s back, past mumblings talked about them being much less impressive. Basically, you’ll get an 8 MP ultrawide and a 2 MP decorative sensor.

Aside from all this, previously leaked specs for the Nord 2 make us expect to see a 32 MP selfie snapper, and a 4,500 mAh battery. RAM could be a choice between 8 and 12GB, while for storage you’ll probably pick between 128 and 256GB. The Nord 2 will be made official on July 22.

Software-wise, expect OxygenOS 11.3 based on Android 11, and this will be the company’s first handset to run a version that’s based on the unified ColorOS-OxygenOS codebase.