OnePlus has been in the world of smartphones for over 8 years, and now it looks like it is working on a tablet as well. A certification on the EUIPO website (European Union Intellectual Property Office) has revealed that OnePlus now owns the rights of the name “OnePlus Pad” for an electronic device. 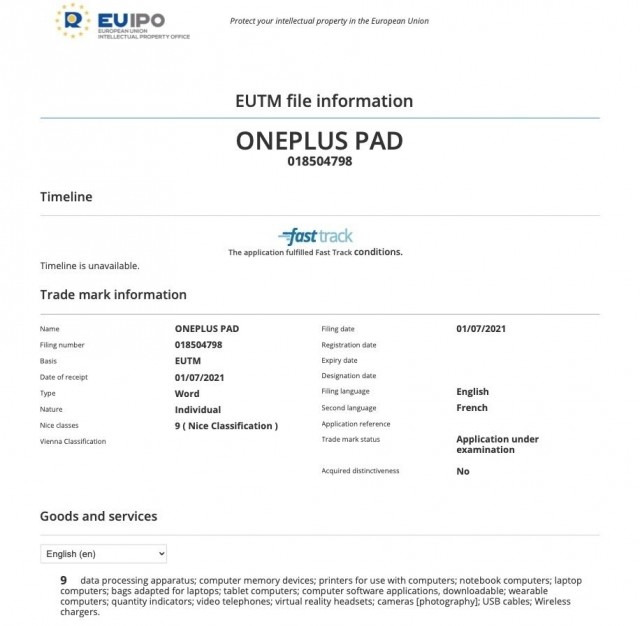 OnePlus is a subsidiary of the BBK Electronics Corporation alongside the likes of Oppo and Realme. The latter is going to be the first one to expand its portfolio with laptops and tablets.

Of course, there’s a chance that OnePlus is only considering its options, but the timing relative to the Realme announcements suggests it’s far more likely that we actually see a new tablet.