Oppo held an event today, revealing its latest smartphone photography advancements that it will incorporate into its devices as soon as later this year. 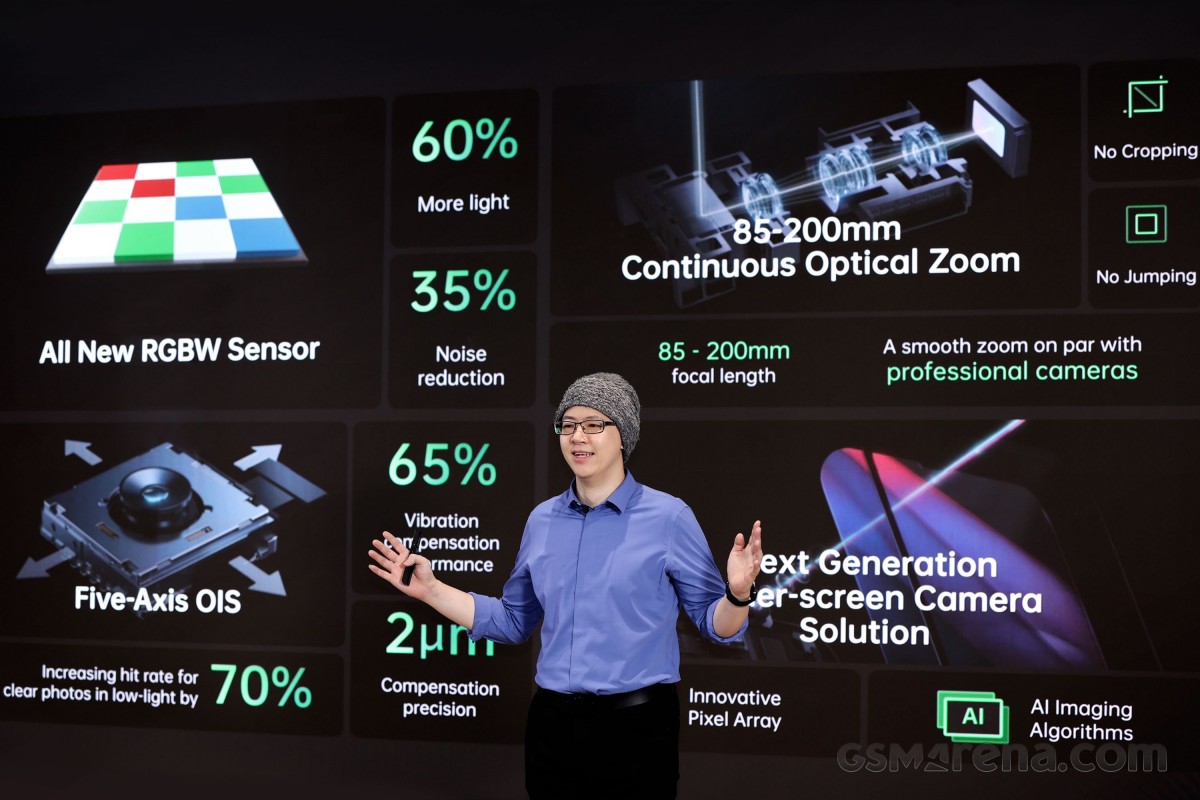 The event, led by Oppo’s Director of Imaging Simon Liu, saw the introduction of a new sensor, a variable zoom lens, new lens and sensor stabilization and improved algorithm to control the pixels over next-gen under display cameras.

Oppo claims eliminating every other color filter allows for 60% more light to be captured and a 35% improvement in noise reduction over conventional sensors.

The 4-in-1 binning on the other hand improves color performance and prevents moire patterns.

The new sensor is coming to Oppo phones starting Q4 of this year, but we are yet to find out in what size or resolution.

The module has a tunnel magnetoresistance (TMR) sensor that allows the lenses within to move precisely and with stability. The lens elements are a combination of glass and plastic with two ultra-thin aspheric glass lenses. Then there’s a guiding shaft motor that does the moving.

This solution avoids issues such as color and white balance inconsistency between cameras in a multi-lens system.

Oppo isn’t saying when we can expect the continuous optical zoom in a production device. Then there’s the possible issue of size – such a module would be very big for a phone, which would likely mean that it would need to be paired with a relatively small sensor and have a relatively dim aperture. All of this is hypothetical at this point.

Oppo’s five-axis OIS is expected in produts from Q1 of 2022.

Finally Liu talked about a new algorithm for controlling the pixels over Oppo’s next-gen under display cameras.

The new algorithm will work with pixel density of 400ppi over the camera. Combined with transparent wiring and improved pixel circuit wiring, Oppo promises to control chromaticity and brightness much better than currently available solutions.