Realme is looking to enter the laptop market on August 18 with its Realme Book. The laptop that will be known as Realme Book Slim in India and Europe has seen the latest round of spec teasers, where Realme confirmed its laptops will pack 11-gen Intel Core i5 chipsets while the screen will feature a 2160×1440-pixel resolution covering 100% of the sRGB color gamut. 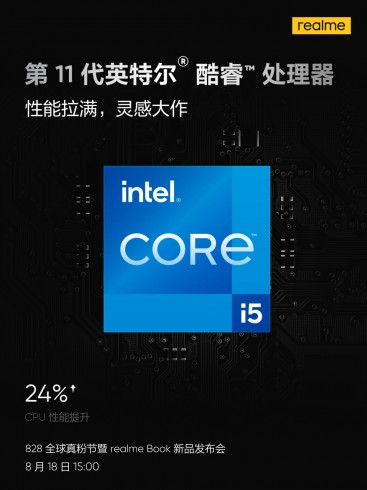 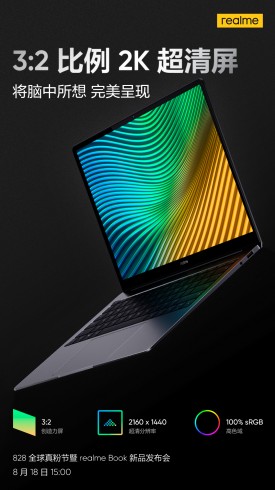 Just yesterday we learned about Realme’s PC Connect feature which will allow you to mirror your Realme phone’s screen on the laptop similar to Huawei’s Share and Microsoft’s Your Phone. Past teasers for the Relme Book/Book Slim have also confirmed a sleek metal chassis, 65W charging via USB-C and a backlight keyboard.