Because there seems to be some confusion ahead of the #RealmeGTMasterEdition launch, the variant pictured below (RMX3366) will be marketed as the “Explorer Master Edition”, along with the “Master Edition” (RMX3361) I’ve leaked few days ago… You’re welcome…? pic.twitter.com/CxxbcouYSw

This Explorer model is also said to be powered by the Snapdragon 870 chipset instead of the Snapdragon 778 on the regular RMX3361 Master Edition. We can also observe a different camera cutout around the back.

In related news, the regular Master Edition appeared in a Geekbench listing revealing it is indeed powered by the Snapdragon 778 chipset alongside 8GB RAM. The phone managed a respectable 766-point single-core score and 2,599-points in the multi-core department. The listing also confirms the phone is running Android 11, presumably with Realme UI 2.0 on top. 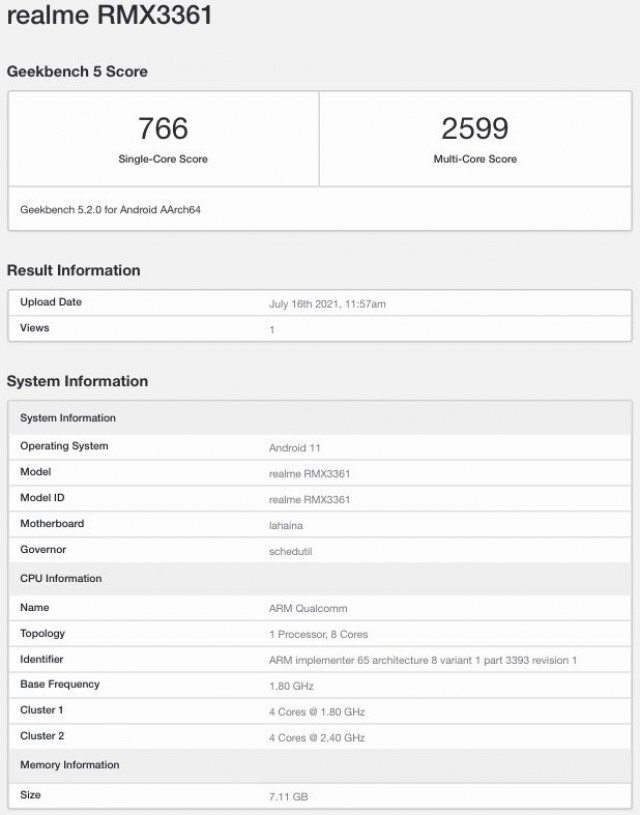 The rest of the rumored spec sheet includes a 6.43-inch AMOLED display, 64MP primary camera and 4,300 mAh battery with 65W fast charging. The Explorer model is expected to pack a large 6.55-inch AMOLED and a 50MP main shooter alongside a slightly larger 4,500 mAh battery.