Realme will introduce the GT Master Series tomorrow, which is said to include two smartphones – GT Master Edition and GT Master Explorer Edition. Recently leaked renders of the latter showed us the smartphone’s travel-inspired design in two colors, and today we are looking at its white-colored variant, which reminds us of the Oppo Reno4 Pro’s Silk White model.

These images were posted by a couple of Realme officials on Weibo, and while they didn’t share the phone’s specs sheet, the company’s CMO, Mr. Xu Qi Chase, did confirm that the rear panel of this white version is covered with AG glass. 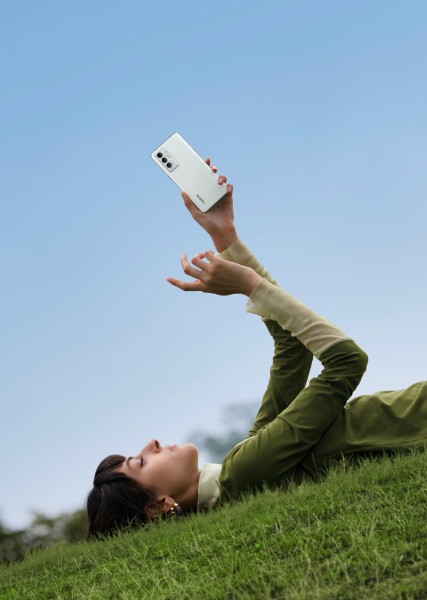 The company previously confirmed that Realme GT Master Explorer Edition will pack a 50MP primary camera with Sony’s IMX766 sensor and OIS. It will have 12GB RAM and you’ll have the option to expand it virtually up to 7GB with the Dynamic RAM Expansion feature.

The GT Master Explorer Edition will sport a punch hole display and is said to have a Snapdragon 870 SoC at the helm.

The GT Master Edition, on the other hand, is expected to come with the Snapdragon 778G chip. The rest of its rumored specs include a 6.43″ 120Hz FullHD+ AMOLED screen, in-display fingerprint reader, 8GB (+5GB virtual) RAM, and two storage options – 128GB and 256GB.

The smartphone will have a 4,300 mAh battery under the hood with 65W charging support, and the camera department will include a total of four cameras – a 32MP unit inside the punch hole, with the triple camera setup on the rear consisting of 64MP primary, 8MP ultrawide, and 2MP macro units.

We’ll know all about the Realme GT Master Series tomorrow once the launch event begins at 2PM local time in China.