There’s a Realme event scheduled for July 21 where we’ll see the debut of the GT Master series. Two phones are expected to appear with a Master Edition and Master Explorer Edition and we now get a few more specs for the latter. The device will be equipped with Sony’s 50MP IMX766 sensor and OIS. This is the same sensor found in Oppo’s Find X3 Pro and OnePlus 9 Pro phones. 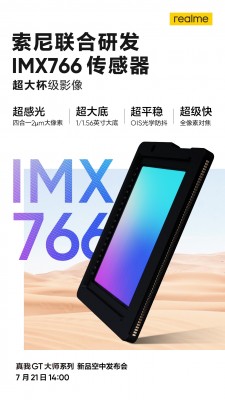 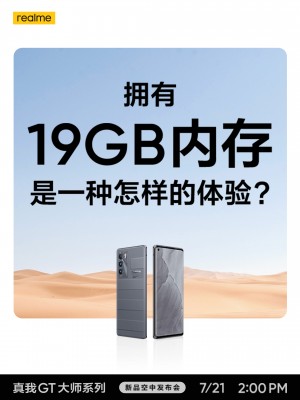 In addition, the Master Explorer Edition will bring up to 19GB RAM (7GB of which will be virtual). We also get a hint on pricing at CNY 3,000 ($462) from Realme VP Xu Qi Chase. A leaked listing from a Chinese retailer confirms this is the starting price for the base 6/128GB model. 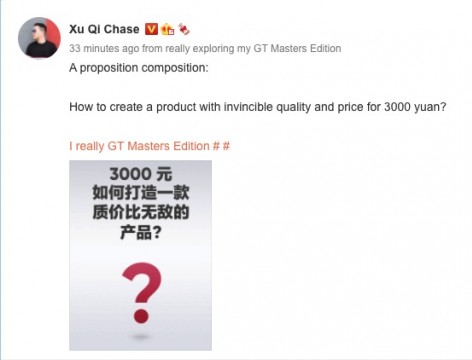 Realme GT Master Explorer Edition is expected to debut with a 6.55-inch AMOLED with 120Hz refresh rate and 1100nits peak brightness. The phone will bring Snapdragon 870 chipset and will rely on a 4,300mAh battery with 65W fast charging. The software front will be covered by Android 11 with Realme UI 2.0 on top.