The Realme GT Neo2 has already been certified and now we know when it will be officially launched. The date is September 22, the brand unveiled on its Weibo profile. The event will take place in China at 2 PM local time, and hopefully, we’ll see the phone make it overseas shortly after. 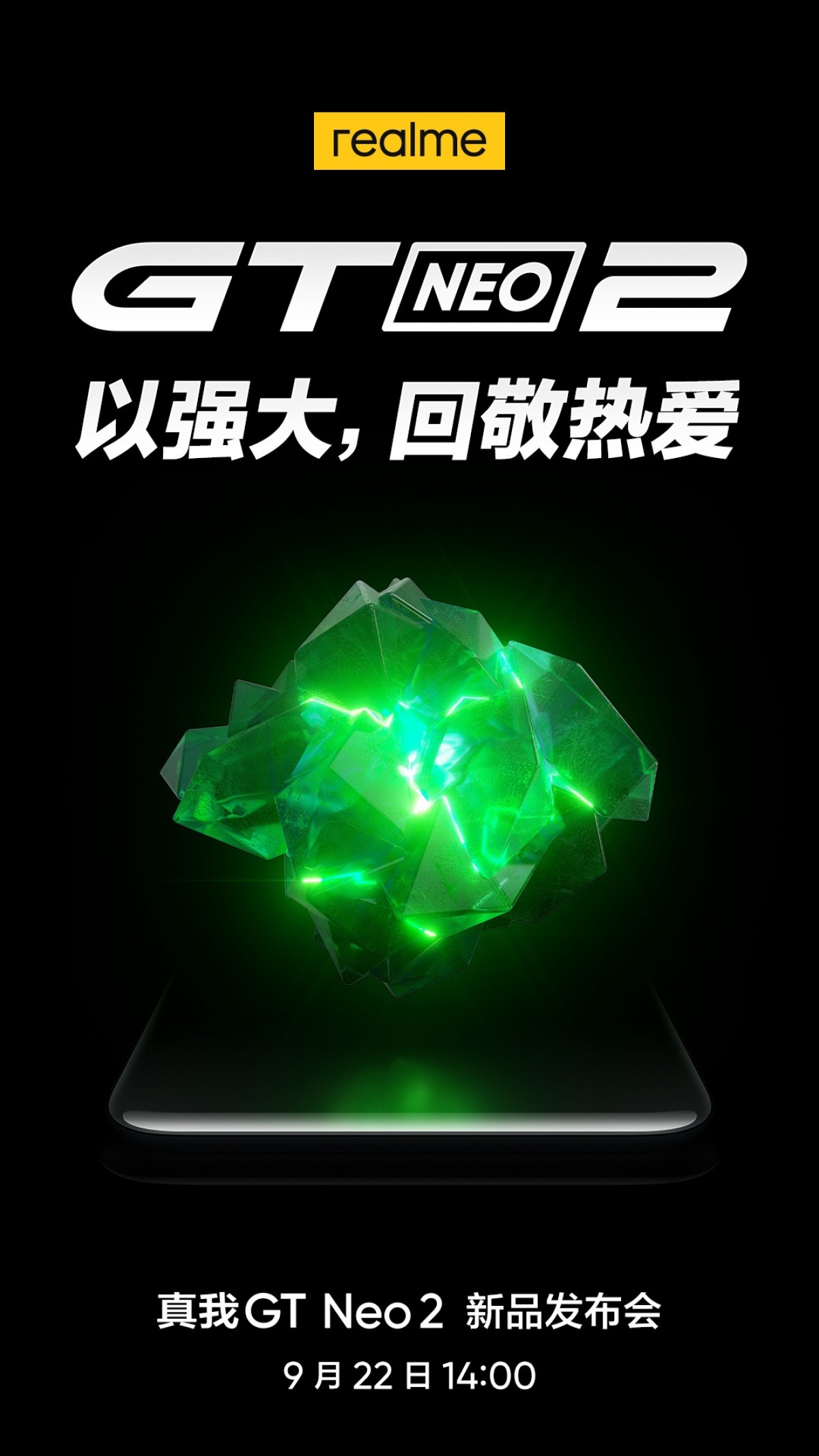 The phone will be for “hardcore players”, according to Realme, and we know it will be powered by a Snapdragon 870 chipset and will have a 6.62” AMOLED with Full HD+ resolution. Memory-wise, it will appear in China with 12 GB RAM but we’re yet to see a GT-series smartphone with so much memory outside the domestic market.

The Realme GT Neo2 is obviously a successor of the Realme GT Neo, launched on the global scene under the name Realme X7 Max 5G. However, we can’t expect the new device to be called X8 or X9 because the company has already confirmed that “GT is the new X”.

We have to sit and wait patiently to learn whether this new phone will retain the name around the world or Realme will think of yet another moniker.