The Realme Watch 2 Pro announced in May will launch in India on July 23. This revelation comes from Amazon.in, which set up a promo page on its website to reveal the launch date.

In addition to the Watch 2 Pro, Realme will introduce the Buds Wireless 2 Neo wireless earphones in India next Friday. 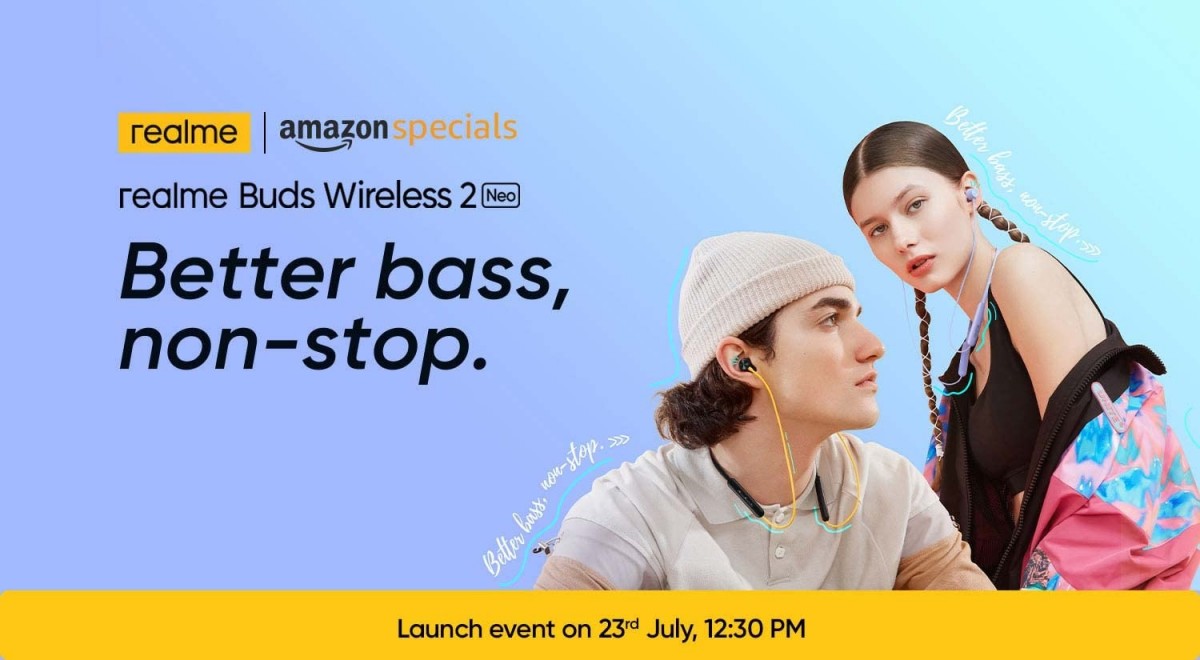 Realme hasn’t specified the exact size of the Buds Wireless 2 Neo’s battery but claims it can offer up to 17 hours of playback. And once the cell is completely drained, a quick 10-minute charge through the USB-C port can provide two hours of playback.

The Buds Wireless 2 Neo come in three colors – Black, Blue, and Green. But it looks like the company won’t bring the third one to India. At least it won’t be available during the launch.

The Realme Watch 2 Pro, on the other hand, will have two color options – Black and Grey. It sports a 1.75″ color touchscreen with support for over 100 watchfaces and packs a 390 mAh battery advertised to provide 14 days of endurance. 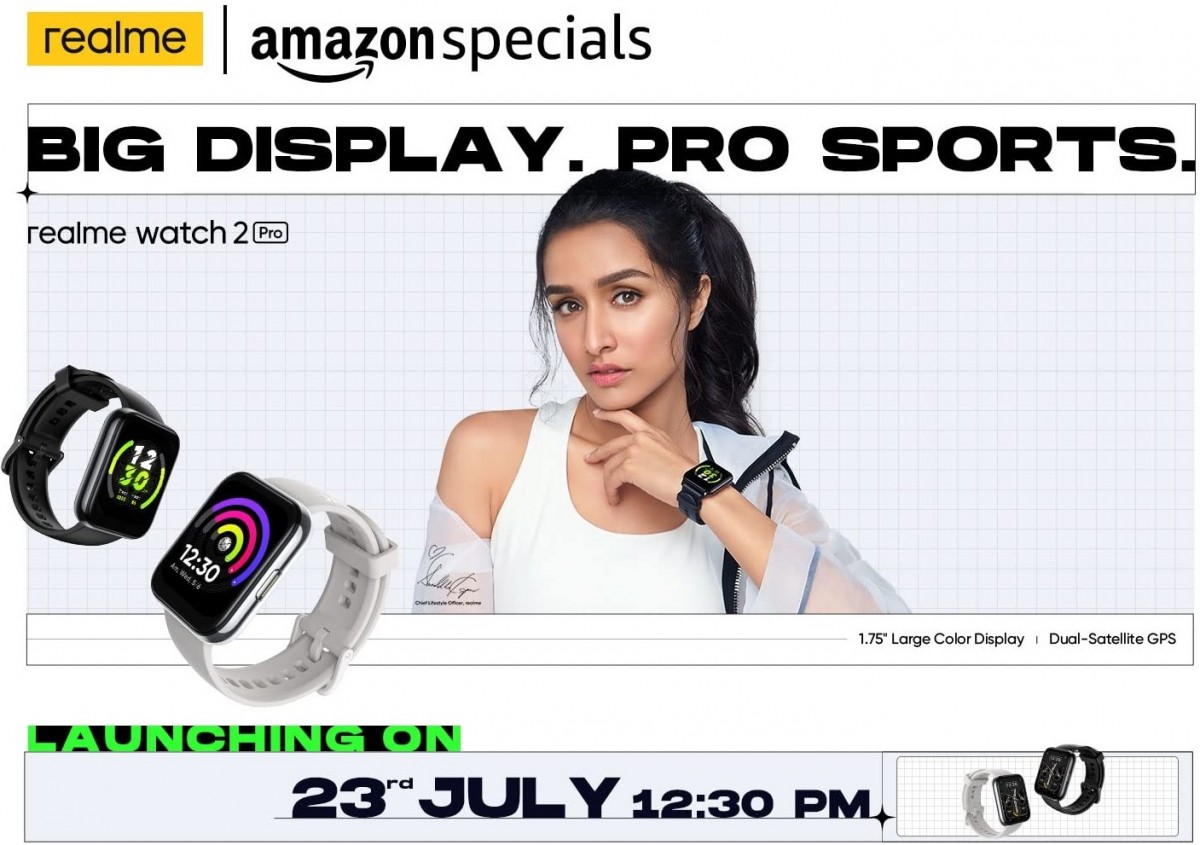 The smartwatch supports 90 sports modes and comes with heart rate and blood oxygen level monitoring in addition to the usual set of health and fitness features, including sleep tracking and sedentary reminder.

The Realme Watch 2 Pro is IP68 dust and water-resistant and comes with a built-in dual-satellite GPS. There’s also Smart AIoT Control, which will let you control your Realme AIoT devices right from your wrist with the smartwatch.

Back in April, Realme unveiled the Watch 2, and it’s unclear if it will debut alongside the Watch 2 Pro in India next Friday. But since the company has launched all its previous smartwatches in the country, we’ll likely see the vanilla Watch 2 join the Pro variant in India on July 23.

You can read our Realme Watch 2 announcement coverage here to know more about it.