Realme’s AIoT sub-brand Dizo introduced a couple of wireless earphones last week, and the company is already teasing its next product, which isn’t an AIoT device but a mobile phone.

Dizo shared a poster on Twitter to tease its mobile phone. The phone isn’t clearly visible, but a bit of editing reveals it is a feature phone with a circular island on the rear housing a camera and flash.

Premium design coupled with the best features is just what you need to #BeDifferent.

Get the complete package, soon. Can you guess the product ?#DIZO #realmeTechLife pic.twitter.com/RHvNTJ0U6g

Dizo hasn’t divulged anything about this feature phone yet, but it might be the Dizo Star 500 that got FCC certified in May. However, that one had Dizo branding on the rear panel, while the one in the teaser skips the branding and sports a textured back cover.

Well, chances are Dizo tweaked the design later, and if the phone teased by the Realme sub-brand is indeed the Star 500, then it will come with dual-SIM support, 2G connectivity, a microSD card slot, and a 1,830 mAh battery. 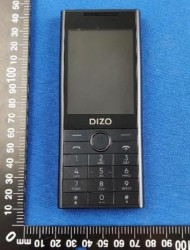 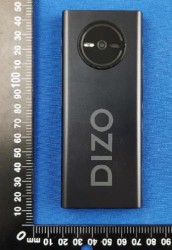 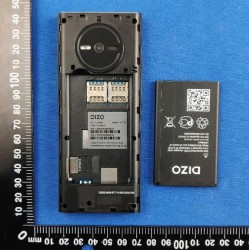 The Star 500 was accompanied by the Star 300 at FCC. It has a smaller screen but packs a 2,500 mAh battery. Like the Star 500, the Star 300 also has dual-SIM support, 2G connectivity, and a microSD card slot for storage expansion. 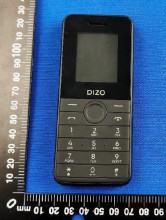 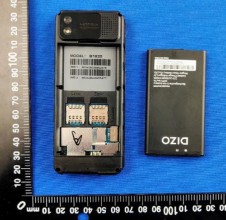 There’s no official word about the Star 300 either, but you can expect to learn more about these feature phones soon since Dizo has kicked off their promo campaign.