The Red Magic 6S Pro has arrived with a new chipset, improved cooling and faster touch controls. There’s no vanilla 6S model, but the original 6 and the 6R are still around. 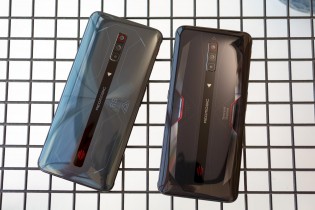 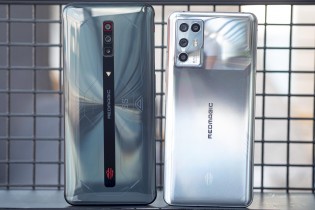 That extra clock speed is not worth much if the phone can’t keep the chipset cool. To that end Red Magic developed the ICE 7.0 cooling system. Compared to version 6.0, which was used on the 6 Pro, this one adds Phase Change Materials (PCM). They are sort of like a heat battery – they store heat as it is generated and release it slowly afterwards. This should even out heat spikes from bursts of computational activity.

For long term thermal management there’s the active cooling fan, which spins at 20,000 rpm like on the 6 Pro. Compared to previous 18,000 rpm fans the higher speed increases air volume by 30% and air pressure by 35%. The sound from the higher rpm is tempered by a metal cover, which reduces noise by 40%. 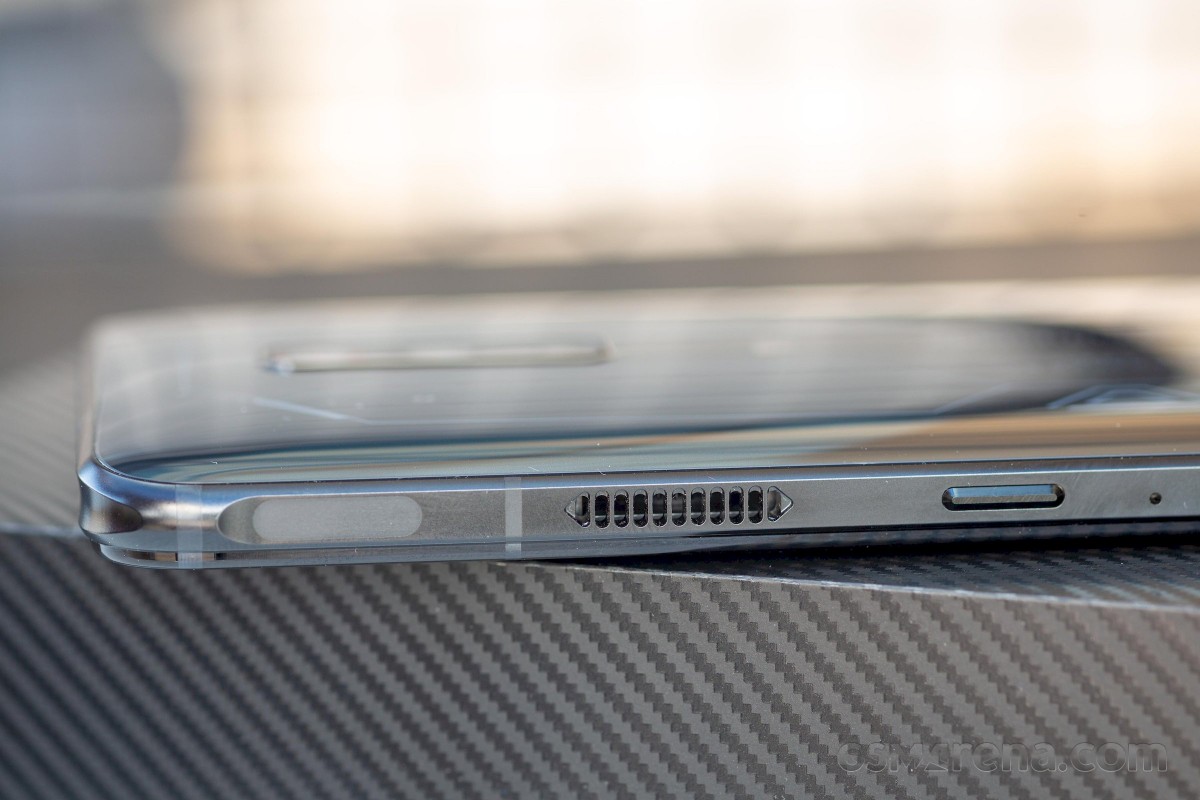 The original 6 series had a transparent Red Magic 6 Pro as a special edition. With the 6S Pro the transparent back is available on the standard model (though it is tied to the choice of memory). And if you get the transparent one, the cooling fan will have four RGB LEDs to add some flair. This transparent colorway is called “Ghost”. The other option is black, which skips the LEDs (since they aren’t visible from the outside).

The Red Magic 6S Pro comes with a 6.8” AMOLED display with 1,080 x 2,400 px resolution. It is an 8-bit panel with 100% coverage of DCI-P3. It peaks at 700 nits brightness and supports DC dimming for flicker-free operation. It is guarded by Gorilla Glass. 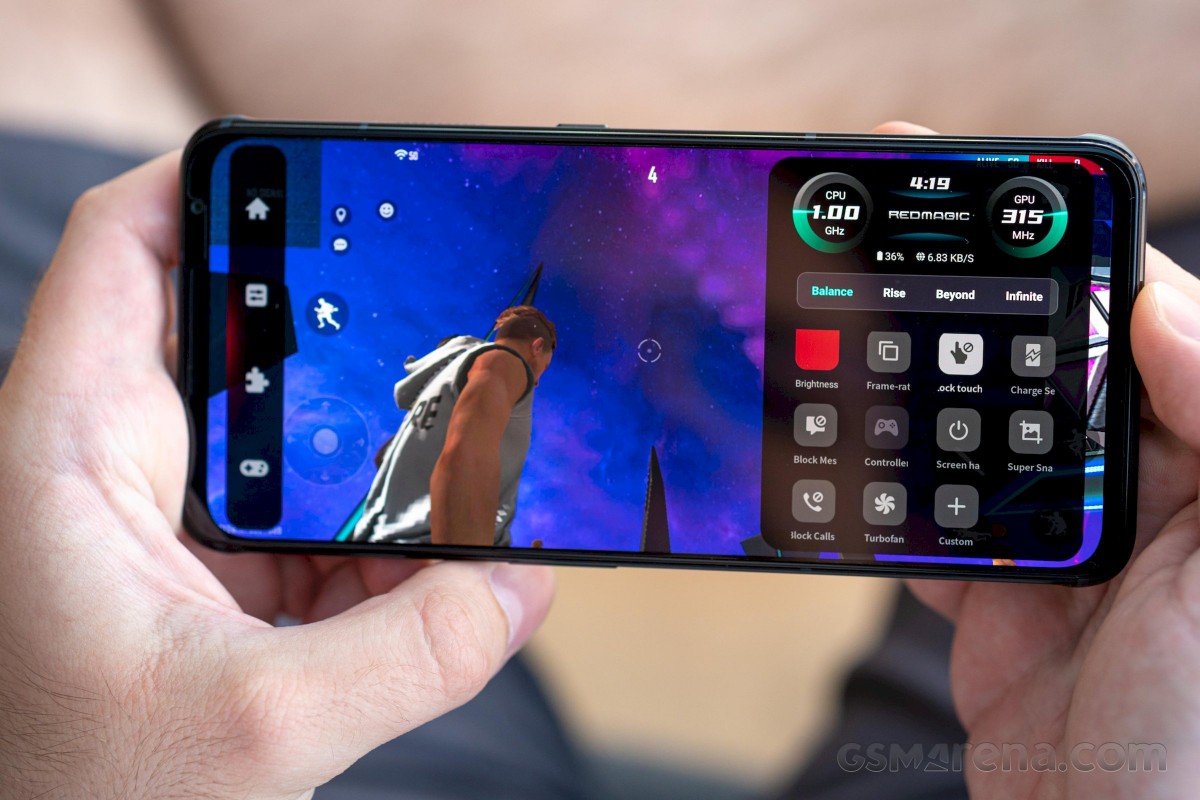 The S-model carries over the two shoulder triggers that run at 450 Hz touch sampling rate (up from 400 Hz), they have a response time of 2.2 ms. There’s a new trigger located on the back of the phone. The functions of the shoulder triggers can be customized using Red Magic’s gaming software. 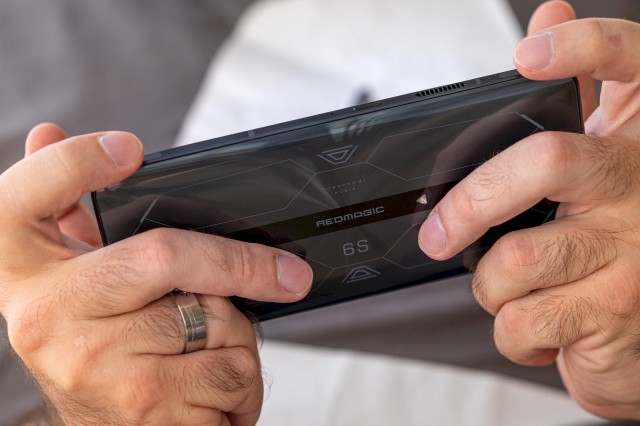 The shoulder triggers have 2.2 ms latency, there’s also a new trigger on the back

Anyway, another interesting screen-related development is that the under-display fingerprint reader now detects heart rate. No, this isn’t for the health app but a safety feature instead – it makes it that much harder to fool the sensor. And it’s lightning quick too with a response time of 100 ms.

The Snapdragon 888+ also handles the 5G connectivity – with up to 7.5 Gbps downlink and 3.0 Gbps uplink for streaming on the go – along with Wi-Fi 6E, which delivers up to 3.5 Gbps on the less crowded 6 GHz band. 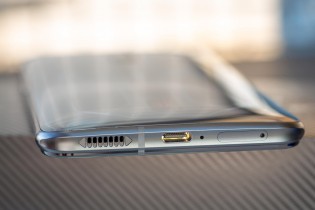 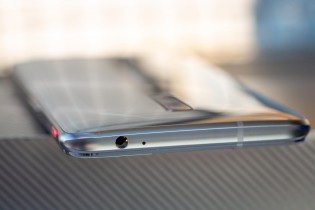 Like its predecessor, the Red Magic 6S Pro has a 5,050 mAh battery on the international model with 66W charging support. Note that it only ships with a 30W charger, though. You can buy a 66W charger separately, but the 30W one is no slouch – a full 0-100% charge is achieved in 65 minutes.

In China, the phone has a 4,500 mAh battery with 120W charging support. The Charge Separation mode allows you to plug in power without charging the battery (this reduces the heat generated).

The rest is as on the 6 Pro model. There’s a 64 MP main camera on the back along with an 8 MP ultra wide module and a depth sensor. The front-facing camera has an 8 MP sensor. The phone comes with RedMagic OS 4.0, which is based on Android 11.

The USB-C port is wired for 3.0 speed and supports DisplayPort if you want to hook up an external monitor. There’s a 3.5 mm headphone jack for latency-free audio. There’s also Bluetooth 5.1 if you want to go wireless.

The Red Magic 6S Pro will be available on the global market soon in two configurations: 12/128 GB in Eclipse Black and 16/256 GB transparent.