The Samsung Galaxy Buds2 are reportedly coming in August and according to the latest report they’ll be priced between $149 and $169, making them more of a Galaxy Buds+ replacement than a Galaxy Buds Pro successor. 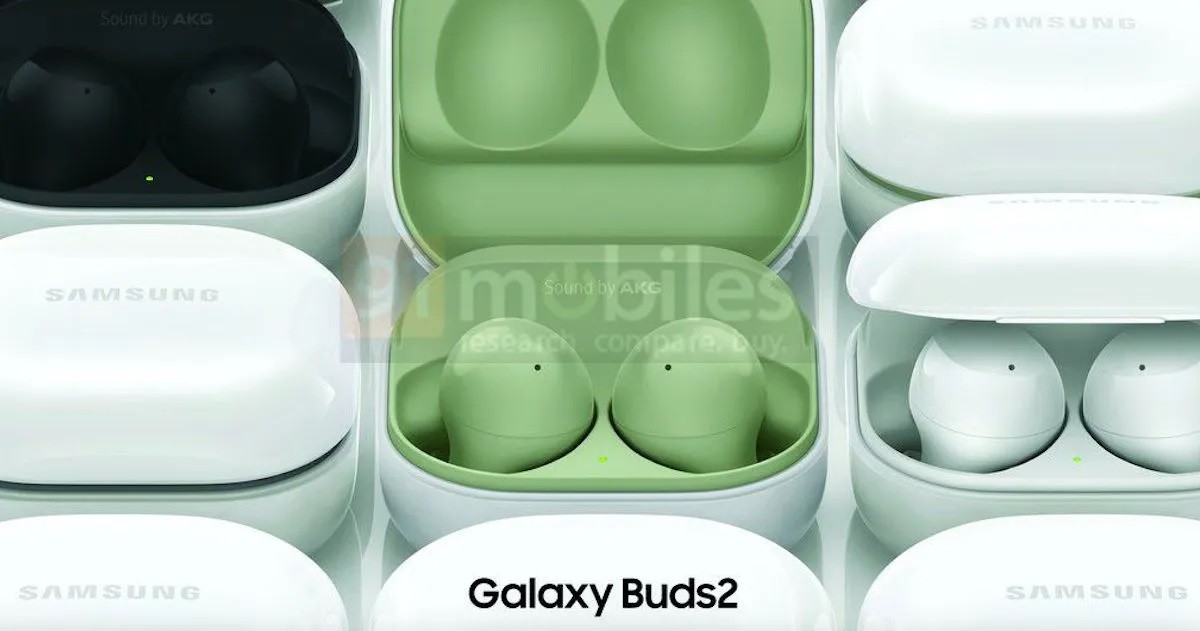 We’ve seen press renders of the Galaxy Buds2 in Black, Purple, Green and White (the case itself is white, while the inside is accented).

The buds themselves feature a Galaxy Buds Pro-like design. They’ll reportedly not have active noise cancellation in order to keep the price lower than of the Galaxy Buds Pro.

Each bud will carry a 60mAh battery, while the case will supply another 500mAh. Samsung may announce the Galaxy Buds2 alongside the Galaxy Z Flip3, Z Fold3 and the new Galaxy Watch4 in August.