Samsung is yet to provide any official info on the Galaxy M22. We do, however know that it is right around the corner, especially now that a Bluetooth certification for it has surfaced, under the SM-M225FV_DS model name. Even without an official retail release, though, it seems that a European vendor has jumped the gun a bit with a listing for the Galaxy M22. Not much in the way of hardware details, unfortunately, but a price, with VAT included of EUR 239.90 is mentioned. 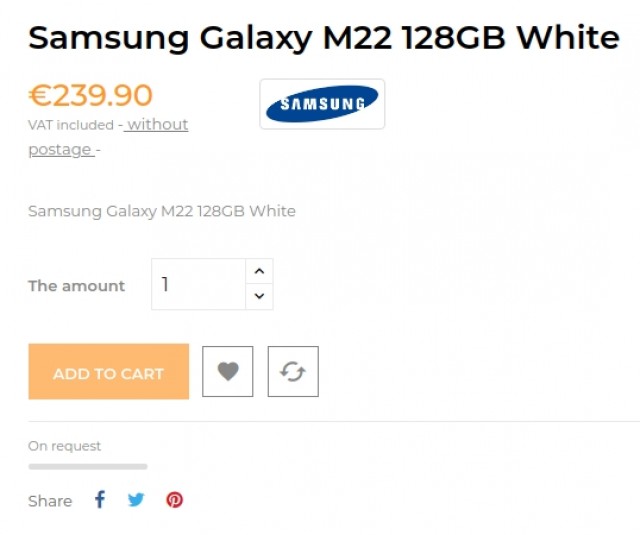 That’s for a 4GB RAM and 128GB storage variant and it sounds quite plausible, considering that if history is any indication, the Galaxy M22, should be based on the already released Galaxy A22. A theory corroborated further by an older GeekBench leak, that suggests the Galaxy M22 (SM-M225FV) is also powered by a MediaTek Helio G80.

Thanks to an FCC filing, we do also know that the Galaxy M22 will support 25W fast charging, but will only ship with a regular 15W charger. That is at least one potential difference between it and the Galaxy A22, which is only capable of 15W charging at the fastest. This, coupled with the similar, yet slightly higher leaked price point could suggest that the M22 will also have a different, likely bigger battery. Perhaps 6,000 mAh. Galaxy M-series devices have been known to offer increased battery capacity in the past. 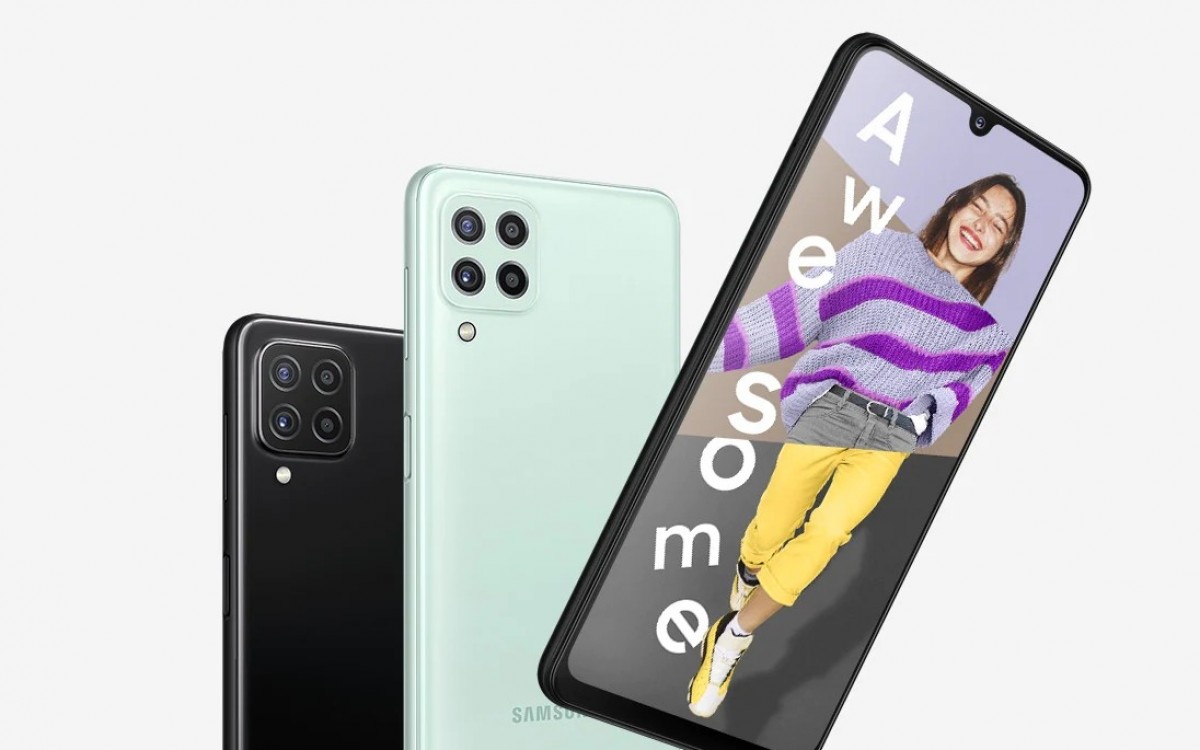 Beyond that, we expect the Galaxy M22 will borrow most of its specs from the A22, including things like the 6.4-inch, 90Hz, Super AMOLED, 720p display and quad-camera setup, with a 48MP main, 8MP ultrawide, a depth and a macro module. This is just speculation on our part, though and we’ll just have to wait and see what the Galaxy M22 actually packs under the hood when it launches.