Samsung’s lower-cost flagship tablet, the Galaxy Tab S7 FE, has been available for several weeks now. It isn’t until now that the “Fan Edition” tablet will finally be available in the US. 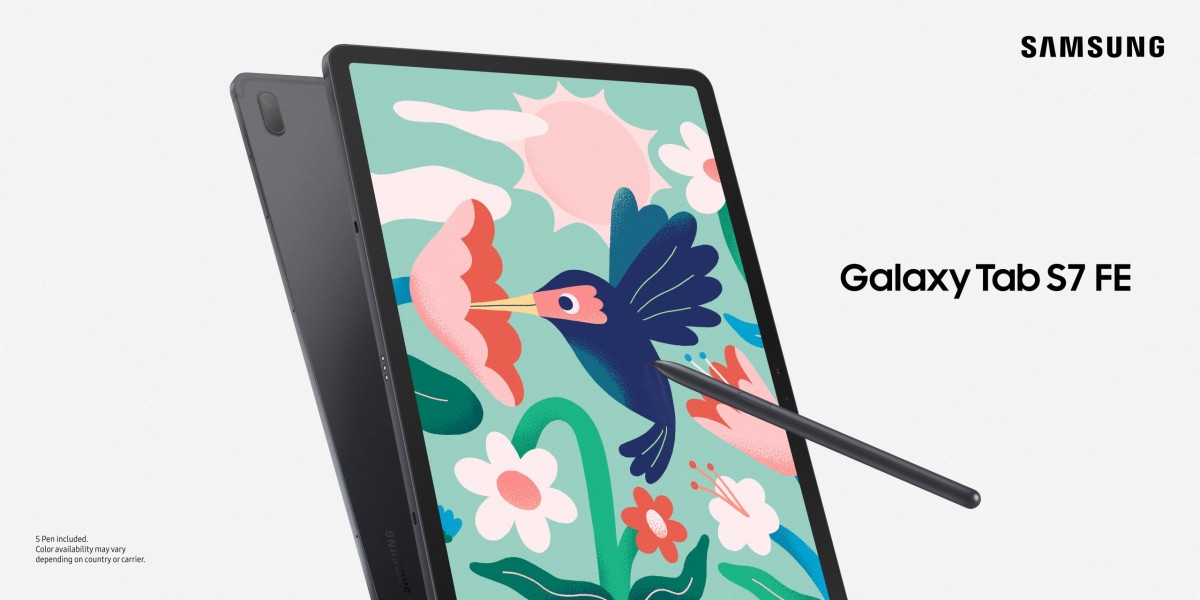 The Samsung Galaxy Tab S7 FE will come in two variants: Wi-Fi and 5G. The Wi-Fi variant will be powered by the Snapdragon 778G while the 5G version will run the Snapdragon 750G. Otherwise, all other specifications are identical across the board. The Tab S7 FE has a 12.4-inch LCD screen with 2,56 x 1,600 px resolution, 4GB of RAM, and 64GB of expandable storage.

There’s a huge 10,090 mAh battery with fast-charge support. There’s a single 8MP main camera with AF, and a fixed focus 5MP front facing camera. The tablet also has dual speakers tuned by AKG. The tablets will come with an S Pen in the box, but the keyboard is not included.

The Galaxy Tab S7 FE will go on sale in the US starting tomorrow, August 5. The Wi-Fi model will run $529 while the 5G variant will retail for $669. You’ll be able to find the new tablet directly from Samsung.com, AT&T, and Verizon. Other carriers including T-Mobile and US Cellular will eventually sell the tablet as well.