So you’ve been eyeing a Samsung Galaxy Tab S7+ but the premium price tag is holding you back? Enter the Galaxy Tab S7 FE, a more affordable 12.4-inch slate from Samsung aiming to fill the growing demand for tablets seen in the past year. Our review unit has arrived so let’s take a quick tour of what you get for €650/£590. 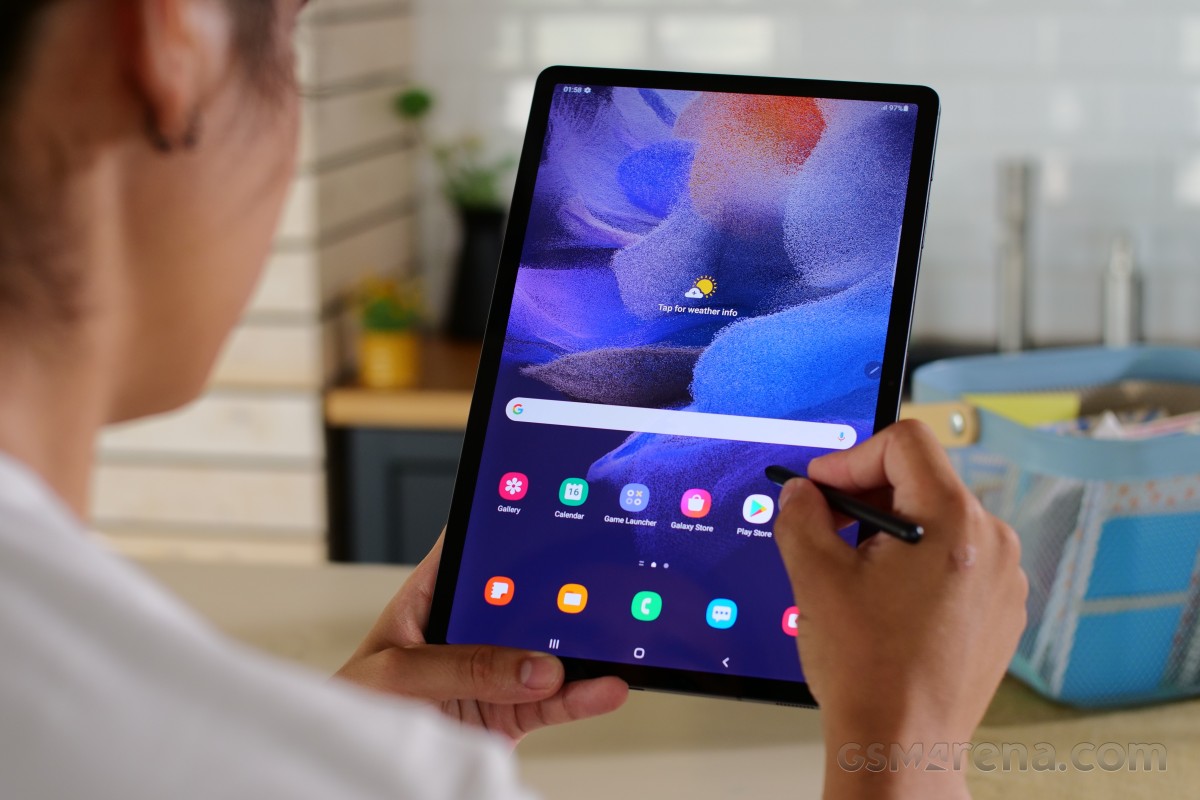 Going through the Tab S7 FE’s spec page reveals plenty of differences compared to the regular Tab S7+ starting with the 12.4-inch TFT screen instead of the Super AMOLED found on the more premium model. There’s a Snapdragon 750G 5G chipset in place of the more capable Snapdragon 865+ and the base version only comes with 4GB RAM and 64GB storage although it is expandable via microSD. The spacious display here is still nice to use despite its slightly lower 1600×2560-pixel resolution and TFT nature. It’s also worth noting that the Tab S7 FE is 608 grams and that weight certainly takes some getting used to. There are four AKG-tuned speakers which sound plenty loud and definitely add to the great content consumption experience. The build quality feels premium and you also get an S Pen in the box which is quite handy for jotting down notes or letting showing out your artistic side.

Speaking of in-box contents, you also get a standard 15W power adapter and USB-C cable though the S7 FE can also do up to 45W charging speeds. We’ve also received the optional Book Cover keyboard accessory which really leverages the large screen and DeX interface. The battery is one of the only constants across the two tablets coming in at 10,090 mAh which should be enough for several days of usage. The software front is covered by One UI 3.1 on top of Android 11 which feels and looks like you’d expect from a Samsung device.

Well, those our first impressions of the Galaxy Tab S7 FE and it’s now in the hands of our trusty review team. Stay tuned for our full review coming soon.