Redmi’s K40 lineup already has one Gaming Edtion phone but it seems it will soon be joined by another model. The brand took to Weibo to tease a new K40 Gaming Edition hinting at a chipset change. For reference, the current K40 Gaming packs a Dimensity 1200 and it seems that the new version will switch up to a Snapdragon 870 instead. 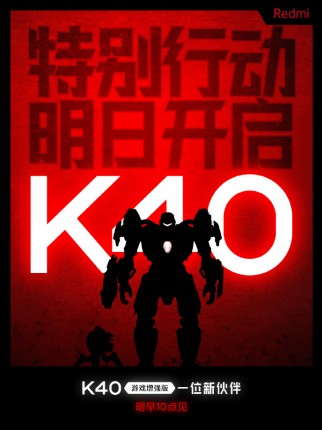 Tipster Digital Chat Station confirmed the new device will be powered by the Snapdragon 870 in a Weibo post and added that it will be very close to the original model.

This means we can expect a 120Hz AMOLED display, physical shoulder triggers, a 64MP main camera and a 5,065 mAh battery with 67W fast charging. We could also see a brand new colorway this time around.