We recently took a short nostalgia trip with the Nokia 808 PureView after we stumbled upon a still fully functional unit almost by accident (not really, we specifically went out looking for one). We covered it in a video, going over some of the firsts and bests it did in 2012 – here it is, if you missed it.

Having the phone in our hands, and well aware of the reputation it has in the comments section of most photography-centric smartphone reviews here, we figured a brief shootout was in order – think of it as ‘The 808 PureView versus The Year 2021 Cameraphones’.

Since we can’t do a comparison between the Nokia and every smartphone that’s come out in the past 6 months (for understandable reasons), we’ve picked a model to represent the state of the art and it’s only natural for that to be our current Editors’ choice for best cameraphone, the Xiaomi Mi 11 Ultra. 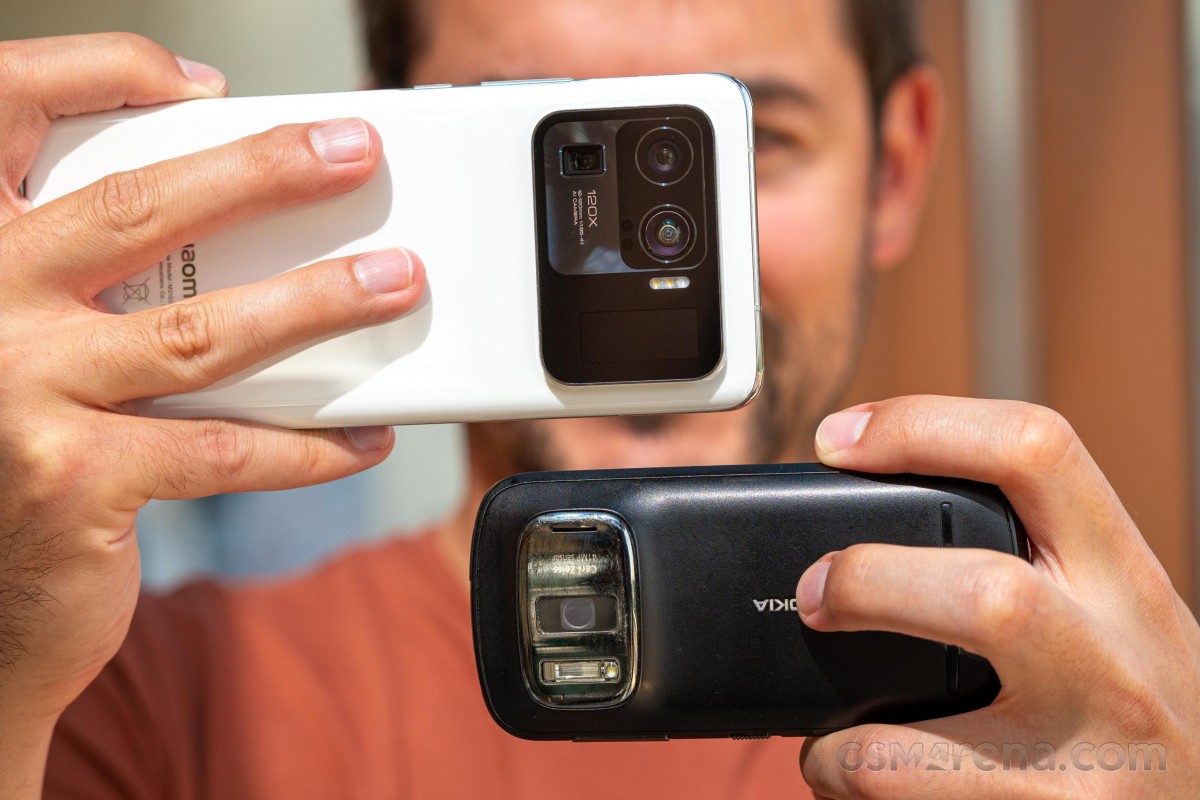 The Xiaomi is especially suitable for this head-to-head because it’s the model that dethrones the 808 Pureview as the smartphone with the largest camera sensor (we’d rather not count the Panasonic Lumix CM1 with its 1.0″ sensor, because we see it as more of a camera with some phone functionality than the other way around).

For a quick reminder, the Nokia has a 41MP 1/1.2-inch sensor with 1.4µm pixels and a conventional Bayer color filter array (as opposed to the reigning Quad Bayer designs). It was a multi-aspect sensor – meaning that it uses different portions of the imager for the different aspect ratios with the absolute corners remaining outside of the image circle projected by the lens and unused. The lens has an f/2.4 aperture and a field of view that matches that of a Galaxy S21, so a focal length equivalent around 26mm. It lacks OIS, though.

The 808 PureView uses pixel binning to output 8MP or 5MP resulting images, and it did that long before it became the default way of capturing photos on smartphones some 7 or 8 years later. Naturally, a full-resolution option is also provided, even if you have to work your way through the menus to get there. Zooming in is also part of the package, though technically it’s just cropping the center portion of the sensor. 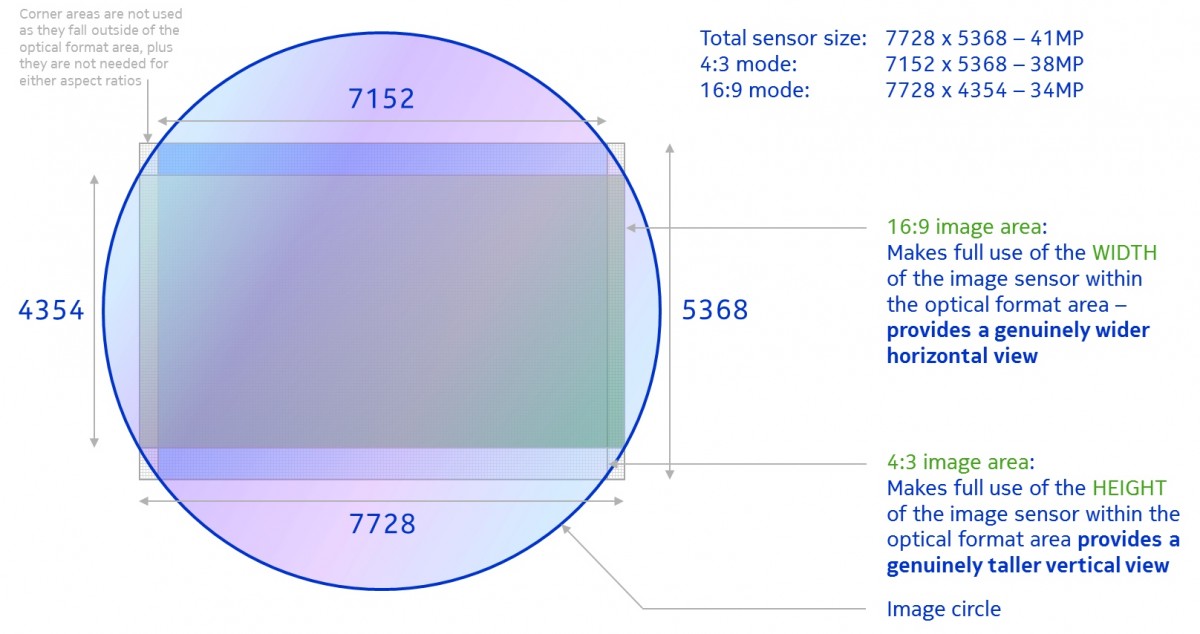 This sensor does use a Quad Bayer filter array and outputs 4-to-1 binned images at around 12.5MP. But it also does a remarkable job of short-range zooming in by cropping the center portion and demosaicking it differently for the task. The again, the Mi does also have a spectacular 5x telephoto. And a similarly impressive ultrawide camera. The Nokia has neither. But that’s not what we’re here for. 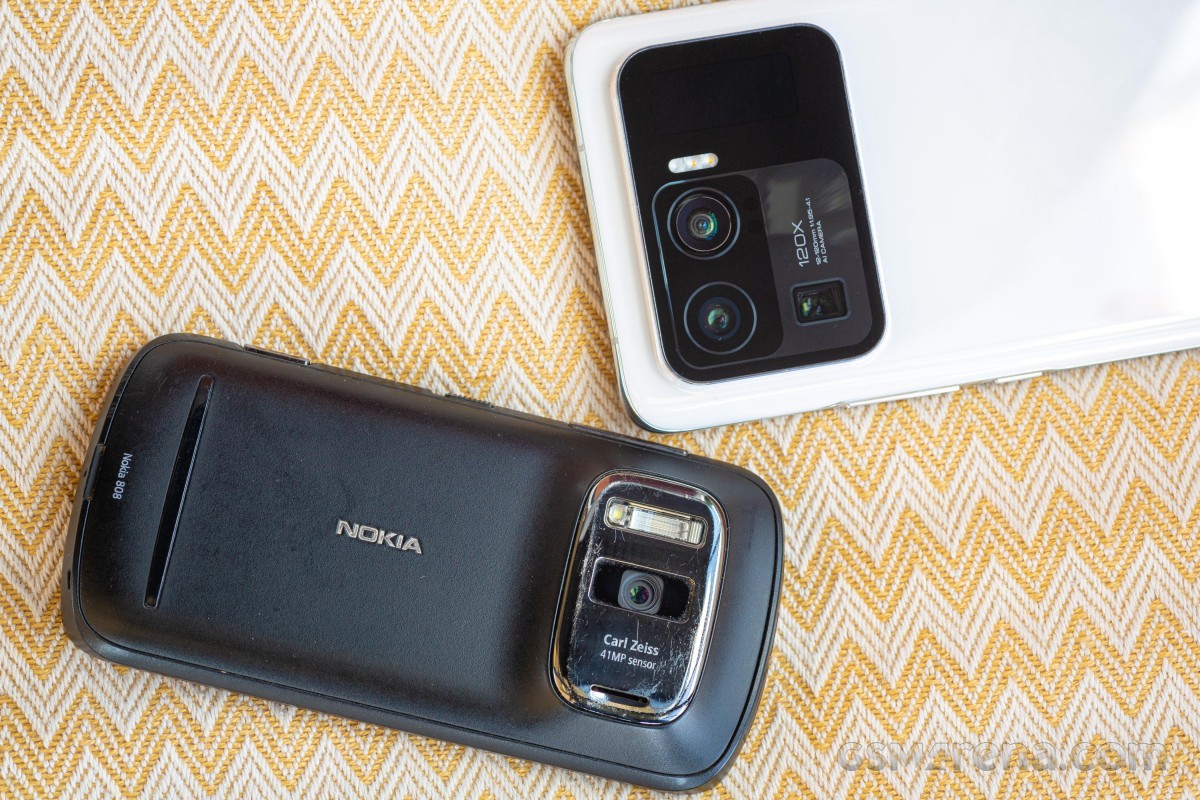 We’re here to compare the big-sensor camera of the 2012 Nokia 808 PureView against the even-bigger-sensor main camera of 2021 Xiaomi Mi 11 Ultra. We shot the Nokia in Creative mode to be able to access the 8MP 4:3 resolution and aspect, as well as the full-res 38MP setting. The Xiaomi we kept in Photo mode for the 12.5MP images (at both 1x and 2x zoom), switching to 50MP for full resolution samples.

In broad daylight, the Nokia 808 PureView captures okay 8MP images, even 8+ years later. They do have good level of detail and it’s rendered in a very organic way that most present-day phones can’t manage. Even binned, these do have a fine grain to them – not disturbing noise, but a texture of grit where there isn’t any.

We’re finding the PureView default exposure a little too dark with shadows and lower midtones needing a boost. Dynamic range is generally good, though in particularly difficult high-contrast scenes like the iPhone mural, the 808 can’t quite cope. Color reproduction is accurate, but restrained in terms of saturation (that’s in the default ‘Normal’ mode, ‘Vivid’ adds a bit more life, but it’s not a dramatic difference).

The Xiaomi counters with superior tonal development at both extremes and more enthusiastic color rendition without necessarily poking your eyes out. And about that organic rendition of fine detail, the Mi 11 Ultra is actually a fine example of things done right, offering a measured approach to sharpening that brings natural-looking twigs and grass shoots. Oh, and noise is not a thing on the Mi.

The Xiaomi maintains some advantages in the high-resolution mode. For example, the 808’s images get noisier here, while the Ultra’s really don’t. That said, the two phones are about on par when it comes to pixel-level detail.

That could be explained by the Nokia sensor’s regular Bayer color filter array which allows it to capture finer information than the Quad Bayer design of the Xiaomi, to which it replies with a handful more pixels and a decade of R&D ultimately evening things out. We’re still in favor of the Mi’s exposure and tonal curve practices.

The Nokia maxes out at around 2.5x zoom (60-ish mm equivalent) when in 8MP mode and we figured we’d compare that against the 2x mode on the Xiaomi even though it’s shorter at just under 50mm equivalent, simply because it’s easy to access from the viewfinder. Plus, thanks to the difference in resolution, the subjects have about the same size in the frame at these zoom levels.

The Xiaomi barely has an edge here in detail, though at first glance it does appear to be notably sharper – while the Nokia’s images are hazier, we can’t point to a detail that the Mi resolves and the 808 doesn’t. The Mi’s shots do have better definition and micro-contrast. Overall, the Nokia does a good job of zooming in, and so does the Mi 11 Ultra with its main camera, even without resorting to its actual telephoto.

In low light, the Nokia can barely put up a fight. It struggles to expose anywhere near brightly enough in dark scenes, while better-lit facades can have large areas of blown out highlights around light sources. Desaturation is also prevalent.

The Xiaomi, on the other hand, delivers excellent dynamic range even in difficult scenes and manages to expose for much darker scenes too, extracting detail where the Nokia captures just pure black. Color reproduction is also better, with no loss of saturation to speak of.

As a sidenote unrelated to the comparison here, but very much related to the Mi’s color science, we’re seeing a notable improvement in the way the Mi 11 Ultra treats warm light sources and there’s no sign of the strong orange cast that we observed at review time.

Mind you, on the Nokia we experienced significant flare from point light sources which could be due to our unit’s age and the condition of its lenses, though we couldn’t spot scratches on the immediately visible lens elements or cover glass.

Not that we’d normally shoot in full-res mode at night, but we took a couple of samples at 38MP/50MP for the sake of this comparison. While the Xiaomi’s processing can’t quite do its thing at this resolution in terms of dynamic range, it’s still way ahead of the Nokia. The Ultra’s photos are also sharper, better detailed, and a lot cleaner.

Zooming in, things are a lot like in full-resolution mode – the Xiaomi leads in pretty much all areas including dynamic range, detail and noise performance.

When it comes to video recording, the Nokia is underequipped to properly compete with the Mi 11 Ultra. The PureView tops out at 1080p/30fps capture, while the Xiaomi can go all the way to 8K/24fps, though 4K at 30fps is a much more realistic shooting mode and that’s what we used for this head-to-head. We compared the two phones both in daylight and at night.

There’s only so much detail that the Nokia can capture in its 1080p resolution and it’s nowhere near the level of fine textures that the Xiaomi records. That said, as 1080p clips go, the Nokia’s are reasonably well detailed, even by today’s standards.

The Nokia’s dynamic range is similarly not a match for what the Xiaomi can extract out of the scene leaving highlights on the brightly lit facades clipped to white, while the Mi 11 ultra has managed to retain detail there. The Nokia’s color rendition is somewhat lifeless next to the punchier and more likeable Xiaomi footage. 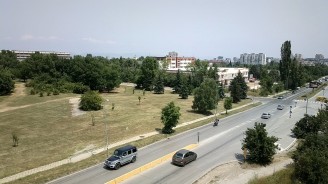 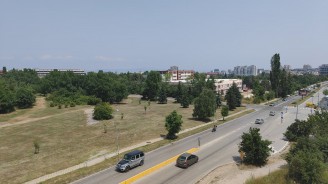 In low light, the Nokia can’t expose anywhere near brightly enough and captures essentially a black frame with the occasional car headlights showing up. Mind you, it wasn’t yet completely dark at the time of shooting these samples, as the navy skies in the Xiaomi clip show.

Here a couple of frame grabs from the above videos for quicker comparison, followed by the 1:1 crops for an even more immediate illustration of the differences. 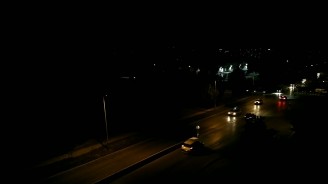 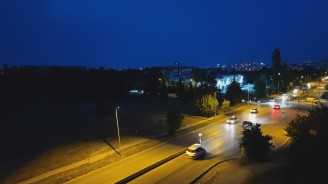 We almost thought we’d just dump the images and videos and leave them without any commentary, but it’s probably worth saying a few words about how things have progressed over the years. While we do think it’s obvious, we’d still like to have in writing that the Xiaomi takes hands down the superior photos and videos. 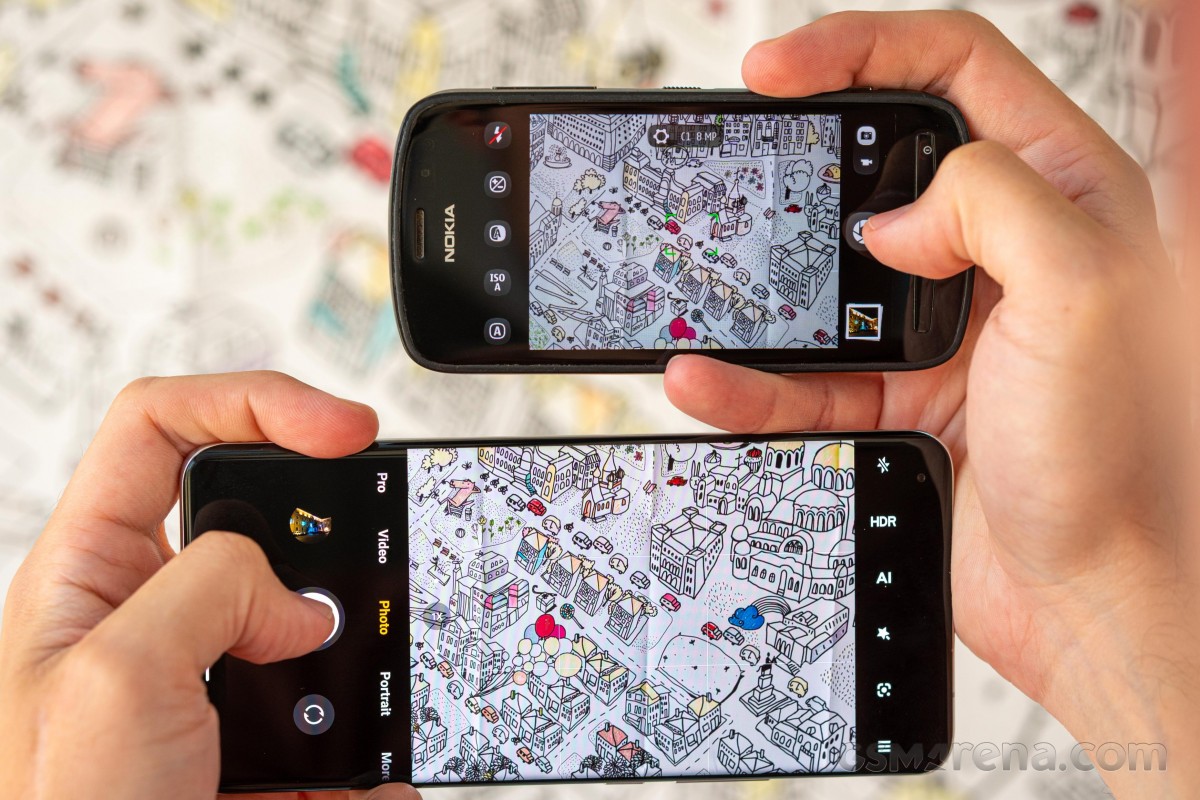 That’s true in our minds for the daylight still shots, though we can imagine there’d be those that insist that the 808 takes photographically pure-er images, while the modern ways of the Xiaomi may be too… expressive in terms of color, exposure, contrast, or whatnot. As for daylight video, the Nokia’s 1080p capture is okay, it’s just that 1080p isn’t enough.

Moving into the night, it’s beyond a shadow of a doubt that the 8+ years that split the two phones have brought massive improvements in low-light photography and video recording – both on a hardware level and in terms of software and processing. Ultimately, we’d prefer a modern-day cameraphone over a decade-old one. Though we have got to give to the old dog for keeping up with the youngster so well. Nokia was really ahead of its time with the 808 PureView camera.