The iPhone 13 series goes on pre-order later this week, here are the prices from around the world


Apple just unveiled the iPhone 13 series with four models available in three sizes. The iPhone 13 mini and iPhone 13 now have 128GB storage as base (up from 64GB), but start at the same prices as before. They also have a new top storage option, 512GB. 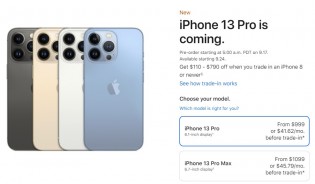 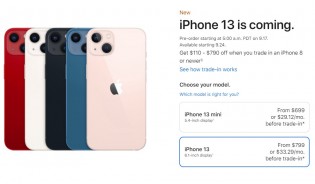 The iPhone 13 Pro and 13 Pro Max also have a new top storage option, 1TB, but the base option remains at 128GB, so those who needed more than that still have to spend extra. If you’re cool with the 128GB, then the prices start at the same spot as last year.

Below is a table that shows the iPhone 13 prices in various countries. We only looked at the 128GB model with no trade-ins, you can check out how much the upgrade to 256GB costs at your local Apple online store.

For the first wave of countries where the iPhone 13 series will be available, the phones can be pre-ordered from the 17th (Friday) and should start shipping on September 24. Some countries (e.g. Thailand, Malaysia) will get them later with pre-orders starting on October 1 and shipping a week later.