Active Edge – launching the Google Assistant by squeezing the phone – was introduced with the Pixel 2 and was present on the 3 and 4 as well. But then it was cut from the Pixel 5, which introduced an unrelated feature dubbed Battery Share (i.e. reverse wireless charging).

The upcoming Pixel 6 and 6 Pro will support both Active Edge and Battery Share, according to Mishaal Rahman of XDA. The two phones will probably arrive without a charger in the box, the vanilla phone will have 4,614 mAh battery capacity, the Pro will have 5,000 mAh in its tank. 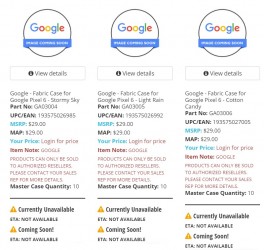 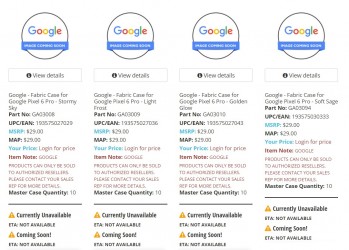 Fabric cases for the Google Pixel 6 and 6 Pro

The phones themselves will be available in three colors each, only sharing the black color (presumably, that’s why both have Stormy Sky cases).

The pixel 6 series will probably be unveiled in mid-October, it will have a custom SoC, upgraded cameras and in-display fingerprint readers, another departure from previous models.