vivo and nubia flagships both get certified at 3C


The Chinese Compulsory Certification (CCC or 3C) website has revealed two more flagships are on their way. One of them is a vivo V2145A, probably the vivo X70 Pro+, while the other is NX669J-S by nubia, likely the Red Magic 6S Pro. 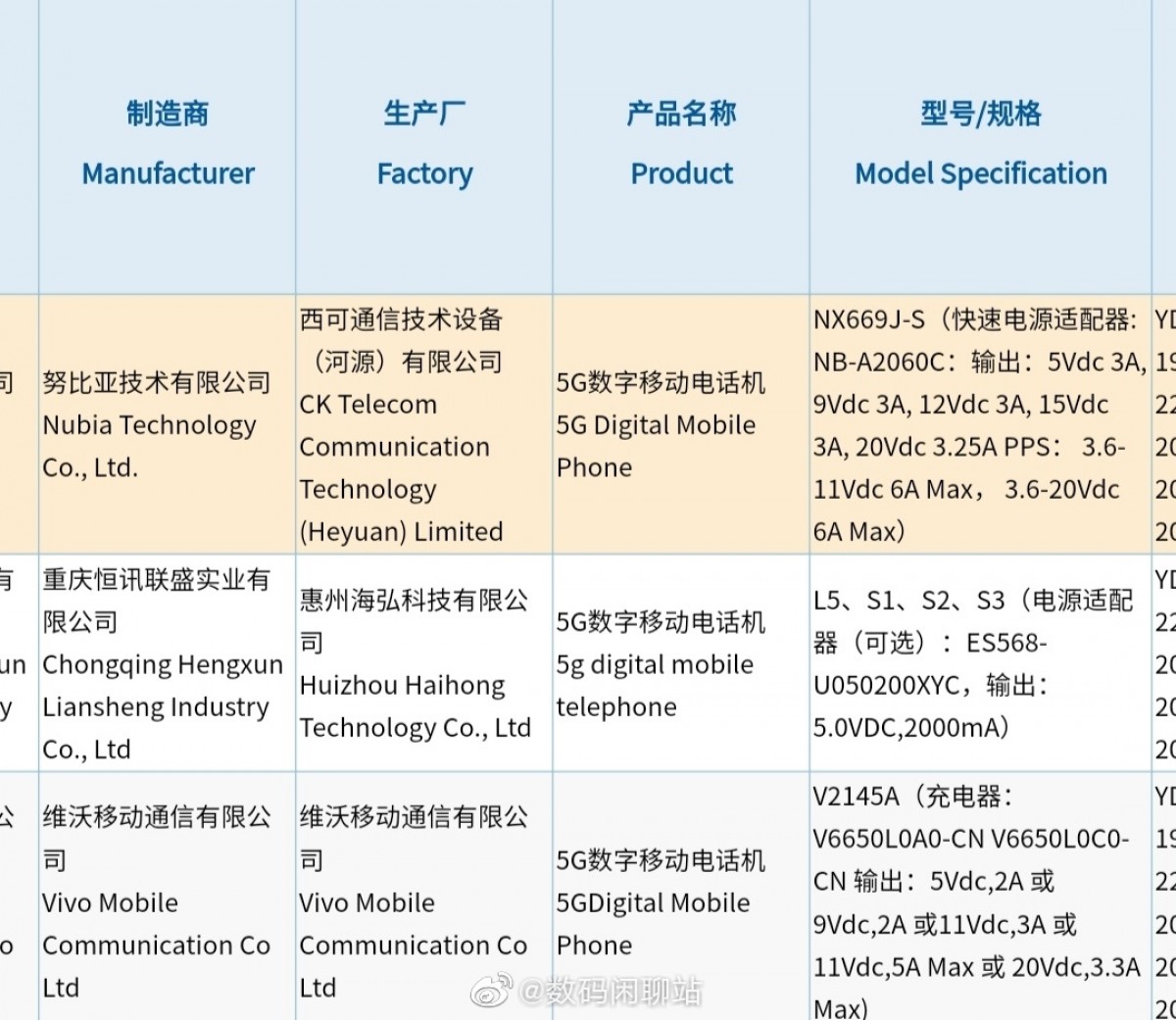 We are pretty confident the new vivo phone is the highest tier of the upcoming X70 lineup since it is certified with 66W – the predecessor X60 Pro+ has just 55W, while the iQOO lineup has already been announced earlier this month.

We applied a similar logic for the Red Magic 6S Pro as well – CCC has certified the phone with 120W charging speeds, which are the same as on the Red Magic 6 Pro. The main difference between the predecessor and the upcoming phone is going to have an upgraded chipset – Snapdragon 888 Plus.

After all, nubia has already done this two years ago with the Red Magic 3 series and the Red Magic 3S where the sole improvement was the slightly faster chipset.