A new vivo smartphone passed through Geekbench on its way to going official. The device with a model number V2148A was benchmarked with a Snapdragon 778G chipset, and according to previous listings at the Chinese Compulsory Certification (CCC or 3C), this model designation matches the iQOO Z5 Pro. 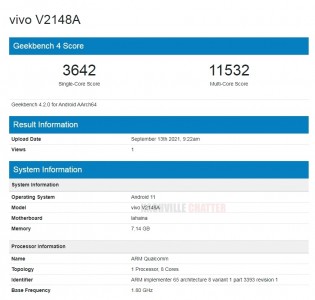 The vivo iQOO Z5 Pro will have an 8GB RAM option, the scorecard confirms.

Alongside it a vivo V2129 also appeared, but we still know very little about this one. The listed cores match the Snapdragon 460 and it comes with 6GB RAM. 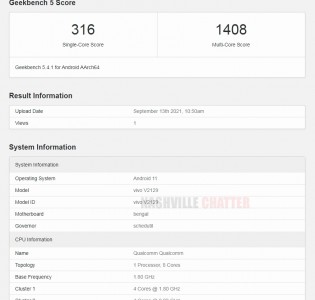 Both phones will run Android 11 out of the box, even though odds are they will come out after the launch of Android 12. Hopefully vivo will quickly issue updates to the latest version once it’s done with the polishing of its custom version.