vivo officially unveiled the design for the X70 Pro+ before the September 9 announcement of the new flagship series. The Pro model was not featured in the published images and videos, but someone has a unit on hand and posted a photo.

Here’s the first look at the vivo X70 Pro. It matches the 3D renders from a few days ago, so you can check those out for more angles. The vanilla model and the X70 Pro lack the so-called “cloud window” to the side of the camera, which turned out to be a decorative element.

You can tell this is the Pro and not the vanilla vivo X70 because of the periscope lens. It has 125 mm focal length (which should translate to 5x magnification). All three phones should have ZEISS T* lenses and an in-house ISP. 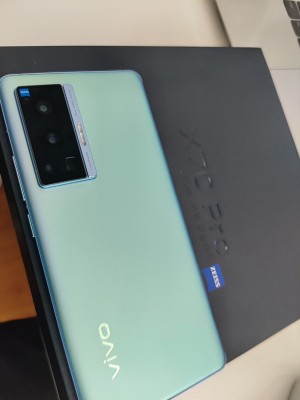 According to one user on Weibo, the vivo X70 and X70 Pro will support 44W fast charging (which matches info from the 3C), while the Pro+ will go faster. Interestingly, this also user claims that the X70 and the Pro model will use Exynos chipsets rather than Dimensity as rumored. Which is not unusual for vivo, the X60 models in China used the Exynos 1080, which was swapped out for a Snapdragon 870 for the global release.

We will find out for sure next week, the full unveiling of the vivo X70 series is scheduled for September 9 (Thursday).