WhatsApp is working on messages disappearing after 90 days


Last November, WhatsApp introduced messages that disappear after 7 days. A couple of months ago it also started work on “view once” messages, that are gone forever after you viewed them once, as the name handily implies.

Now it turns out that WhatsApp is also going to add another option for message expiry, and that’s 90 days. So whenever all of these features make it out of beta, you’ll be presented with a menu similar to the one you can see in the screenshot below, where you’ll be able to pick between “Off” (so messages never disappear), or choose to have your chats disappear after 24 hours, 7 days, or 90 days. 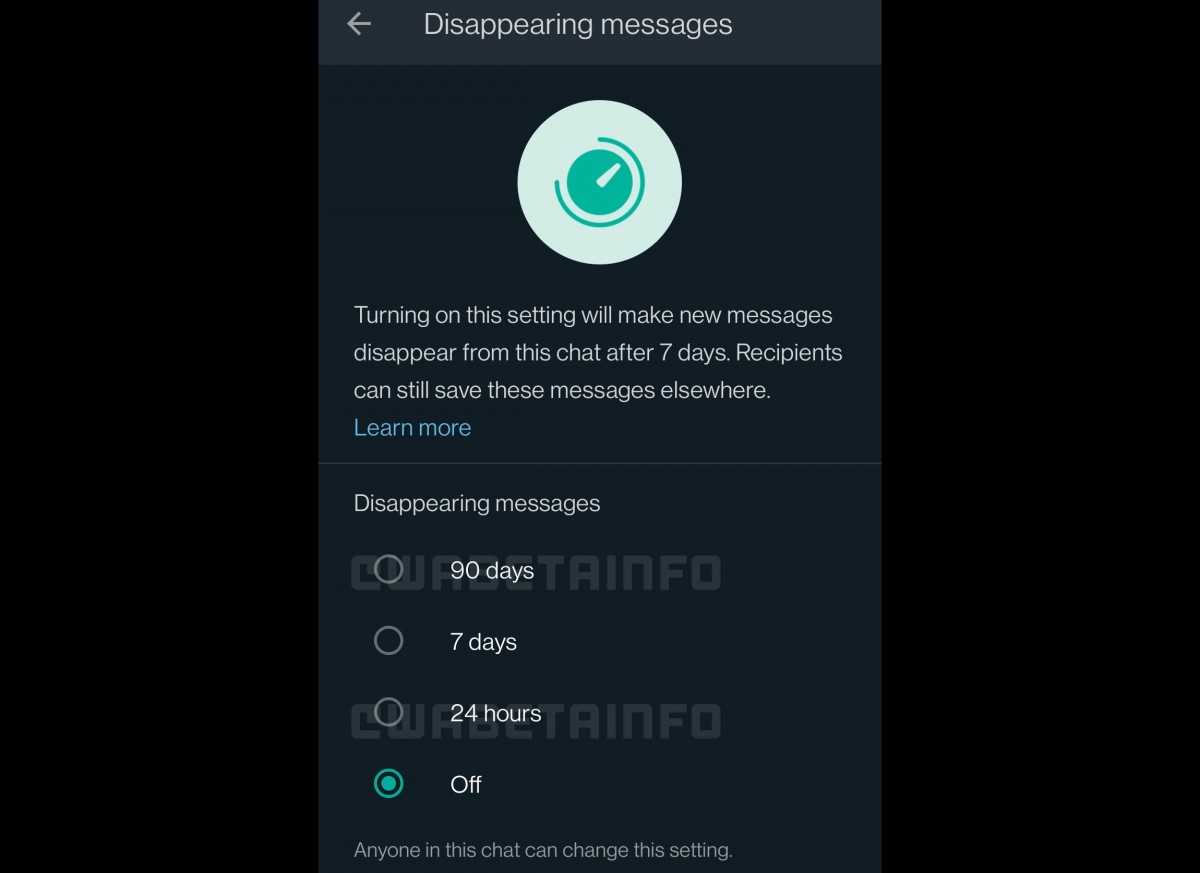 That’s a lot of flexibility, but the “90 days” option has only now made it to the WhatsApp Android beta (spotted in the latest version, 2.21.9.6). WhatsApp sometimes keeps upcoming features in the beta realm for many weeks (and even months) before finally releasing them to all of its users, so we don’t yet know when you should expect this to arrive for everyone. Still, it’s good to know that it’s being worked on.