Sooner or later, something had to give, and amid a worldwide chipset shortage, sooner or later, we were bound to see an increasing number of re-badged smartphones arriving, with the only change being their new SoC. It’s the only viable strategy available to manufacturers to keep a certain model on the shelves when the supply of the originally released chipset runs dry.

All of the smartphone’s hardware has been ported from the original 11 Lite 5G, except for the chipset. Now running on the Snapdragon 778G instead of the Snapdragon 780G, there are several key aspects that are subject to change. Performance is the most obvious one, with the new SoC being slightly less powerful but still capable and recent enough, too. Still, we expect a minimal difference.

The second one is battery life since both chips are based on different manufacturing processes and come from different chipset fabricators. The Snapdragon 778G is based on TSMC’s 6nm N6 while the SD780G employs Samsung’s 5nm 5LPE node, yet the discrepancy in battery life will likely be hard to measure.

Lastly, and probably least likely, the SoC change could have an effect on the photo and video quality. The ISPs in both SoCs have little to no difference, but potentially, there could be a change in the way these ISPs handle HDR, noise, image stacking during Night mode, etc. And that’s why we are here, on a quest to see what has changed with the move to Snapdragon 778G. 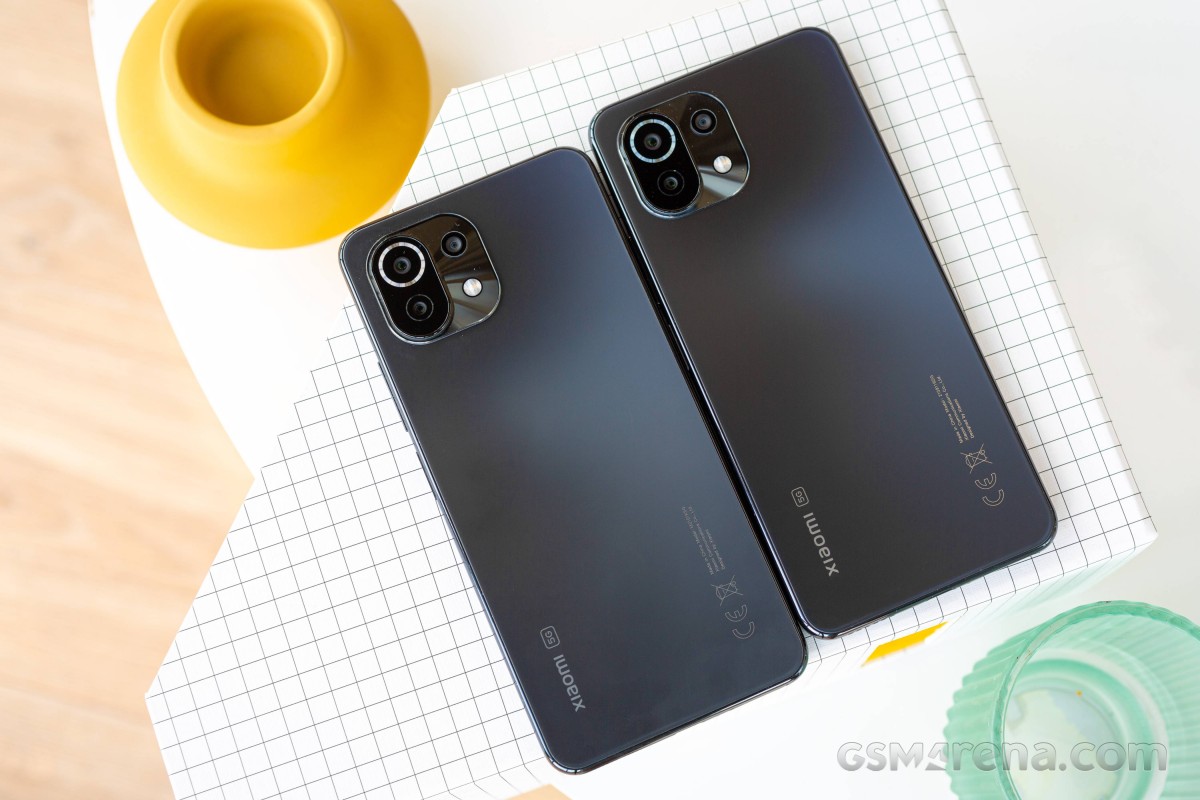 One more change worth mentioning is the new color variants, although they aren’t exactly new. The Truffle Black, which we have with us, is the same as before, but the Bubblegum Blue, Peach Pink and Snowflake White are borrowed from the non-5G version of the Mi 11 Lite. 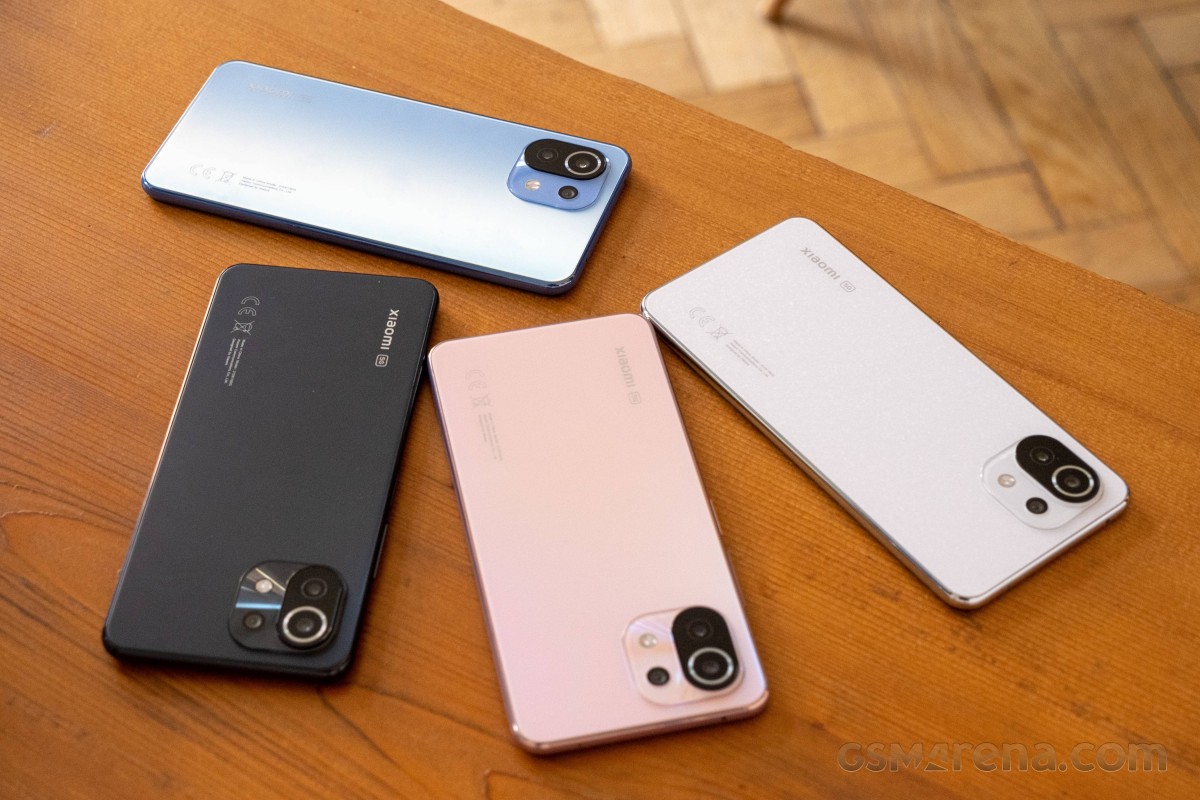 One thing is for sure, though, and that’s the great value proposition the new Xiaomi 11 Lite 5G NE has to offer. Given how positive our review of the Mi 11 Lite 5G was and that these phones are like identical twins, we have every reason to believe that the 11 Lite 5G NE is a great deal. Not to mention Xiaomi is now giving the 8GB/128GB memory option for the same €399 price tag to compensate for the lower-tier Snapdragon 778G, arguably making the handset even more desirable.

The retail box is no different from before, but in addition to the charger, cable and protective case, Xiaomi has added a USB-C to 3.5mm audio jack dongle to make up for the downgrade in the chipset. 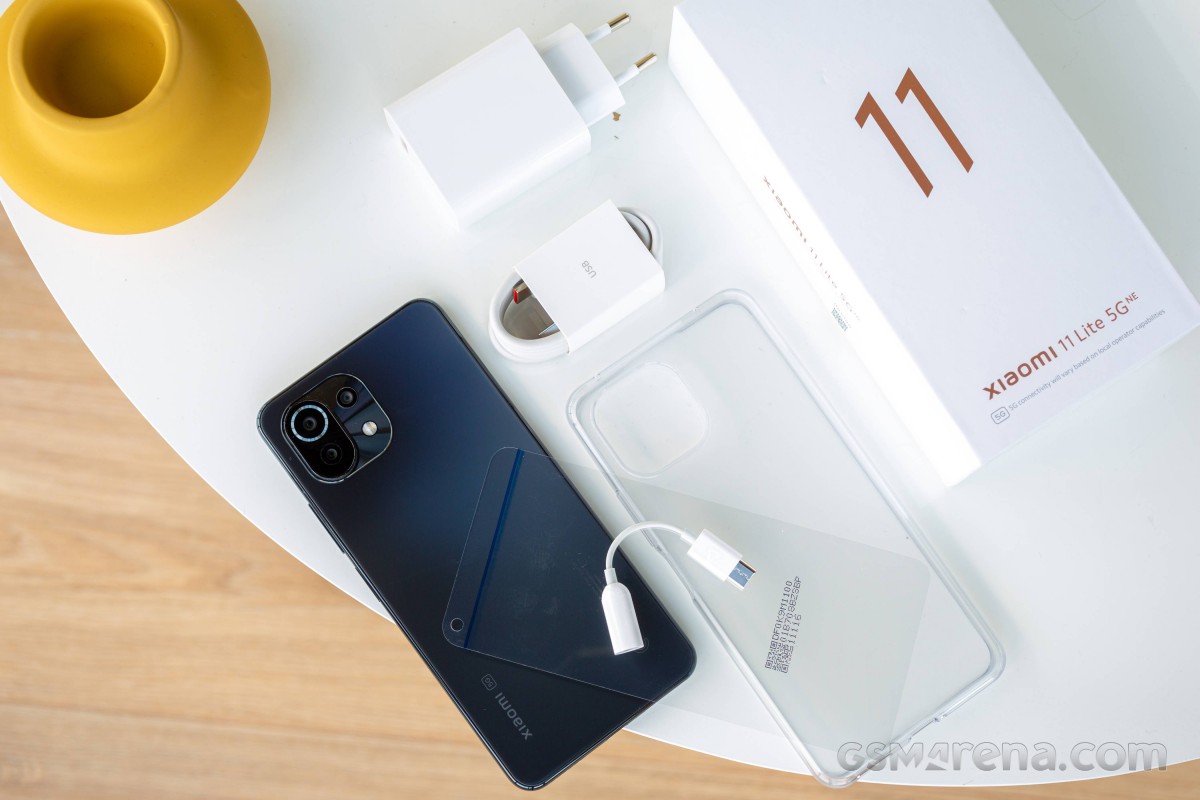 Fun fact – this is the only Xiaomi phone to ship with such a dongle ever since they got rid of the 3.5mm jack in the Mi 8.