The CC11 series is expected to arrive with two models – vanilla and Pro – and should be available globally under the Note 11 (last year’s CC9 was exported as the Note 10 series). We’ve been hearing rumors about the devices, now TENAA has supplied some additional details about the vanilla phone.

The Xiaomi CC11 features a 6.55” AMOLED display with 1,080 x 2,400 px resolution (that is 20:9). According to previous rumors, it will have a 90 Hz refresh rate. Unfortunately, there are no images attached to the listing yet, so we can’t tell if the display is curved or flat.

The phone measures 160.5×75.7×6.81mm and is relatively lightweight at 157g. This is with a 4,150mAh battery inside (charging speed is unknown). The phone will be available in a whole rainbow of colors: Red, Orange, Yellow, Green, Blue another Blue, Purple, Black and White. 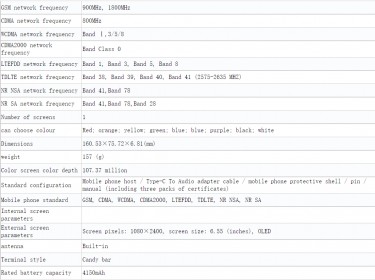 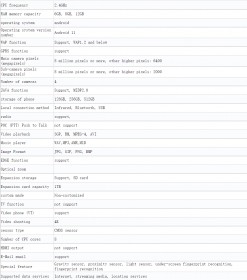 The phone is rumored to be powered by a Snapdragon 778G or 780G, alas TENAA omits this detail. It does list the various memory configurations, though – the CC11 will come with 6GB, 8GB or 12GB of RAM and 128GB, 256GB or 512GB storage. And this model has a microSD slot (up to 1TB), which we don’t see too often.

The rear camera is equipped with a 64MP sensor, a small upgrade over last year’s 48MP sensor. Of course, the Pro was always the more interesting of the two as it was the first with a 108MP sensor (after the Mi Mix Alpha was canceled). The Pro on this generation will reportedly have a 5x periscope lens, though it’s not clear if the vanilla phone will have a telephoto of any kind. What it does have is a 20MP selfie camera.

Additional things in the TENAA specs sheet to note include an IR blaster and the lack of a 3.5mm jack. The phone will support 5G, of course, and will arrive with Android 11.

Xiaomi has scheduled an event for September 15, though the current thinking is that it will be unveiling the Xiaomi 11T series. We haven’t heard anything about the CC11 series attending.