The Xiaomi Mix 4 (no Mi this time around) was unveiled a few days ago and is apparently already in very short supply. While we were under the impression that initial sales in China are scheduled for August 16, it has become clear that Xiaomi recently had a presale event, which quickly exhausted the first batch of phones on the company’s home market. 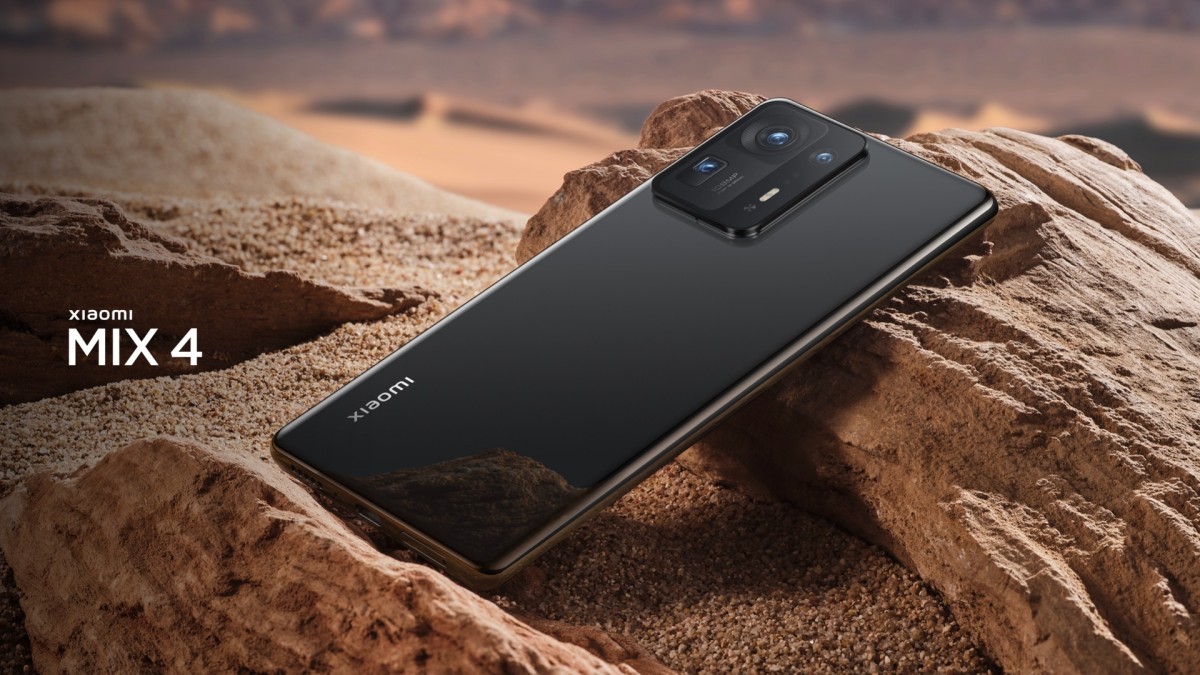 The disappointment among eager fans, unable to secure a unit, was, so big that company president and senior VP, Lu Weibing took to Weibo to apologize for the inconvenience and shed some light on the situation. 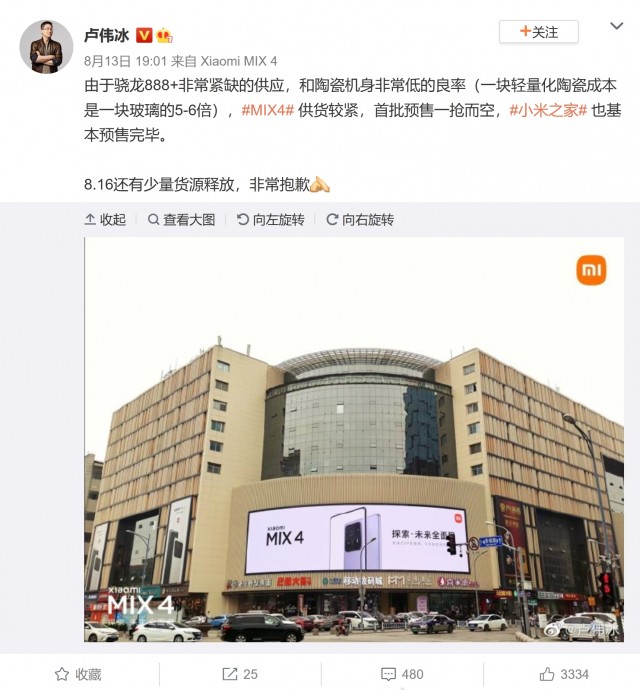 Apparently, stock for the Mix 4 is, indeed, nearly depleted after the presale, with very limited quantities left for August 16, when official sales are still scheduled to kick-off. Lu expects those to move very quickly as well and continues to explain that due to limited Snapdragon 888+ supply and lower yields on the phone’s premium ceramic back panel, supplies will be limited going forward as well. To be fair, historically, the Mix line has often been more of a signature, almost tech showcase kind of thing for Xiaomi, so limited availability is not entirely unexpected.

As a reminder, the Mix 4 is available in either an 8GB/128GB variant, or a 12GB/512GB one, for CNY 4,999 ($770) and CNY 6,299 ($970), respectively and is currently exclusive to China. There have been rumors of a potential international release, though, these supply and demand constraints on the Chinese market could put a wrench in that plan altogether. 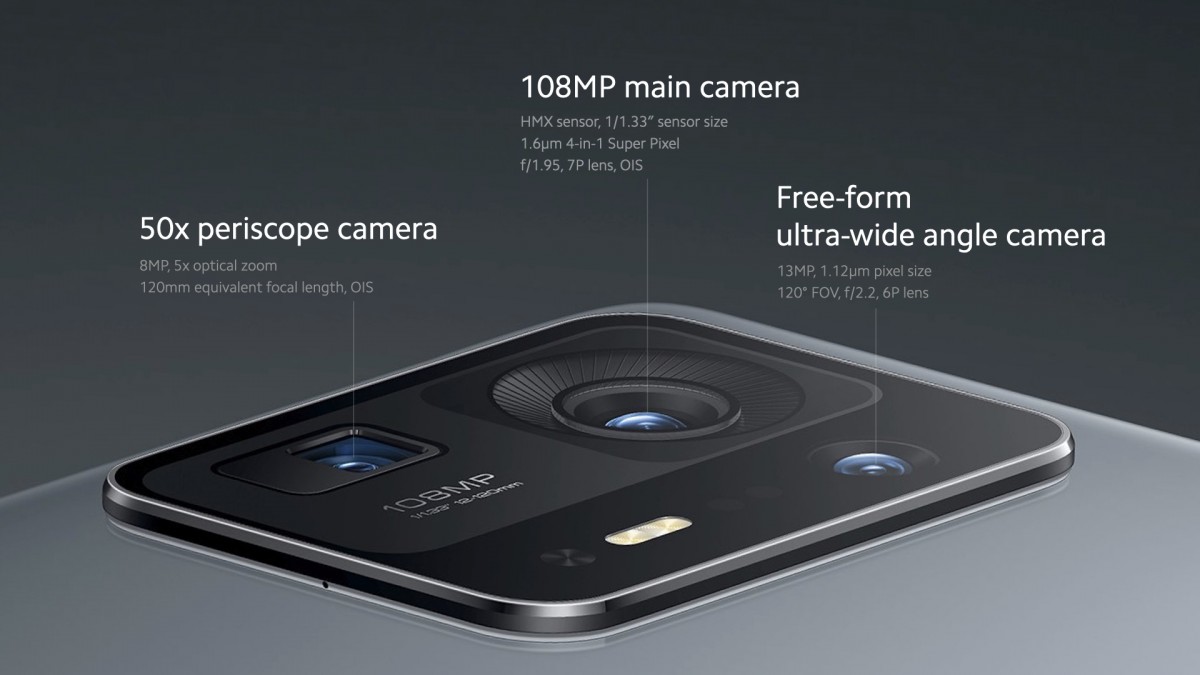 Some highlights on the Xiaomi Mix 4 include an under-display 20MP selfie camera, beneath a curved 6.67-inch, FHD+, 120Hz AMOLED panel. An 1/1.33-inch 108MP ISOCELL HMX main sensor with OIS, 8MP periscope module with 5x optical zoom and 13MP ultrawide with a free-form lens. Running the show – a 4,500 mAh battery, with 120W wired charging and 50W wireless. There is also ultra wideband (UWB) support on board.