Remember Xiaomi’s impressive charging “flex” back from the announcement of the Mi 11 line in May? Xiaomi showcased a Mi 11 Pro charging at a reported 200W and going from 0 to 100% in just 15 minutes. We won’t be getting into the debate of whether this sort of charging speed is useful or past the point of diminishing returns. Instead, we’ll focus on the fact that it was undoubtedly a great PR stunt, with Xiaomi even claiming to have broken a few world records in the process. Xiaomi called the tech Xiaomi HyperCharge and it didn’t take long for some additional details surrounding the whole thing to come to light as well, like the fact that the Mi 11 Pro used in the demo had a custom 4,000 mAh battery, instead of its typical 5,000 mAh and that 800 charging cycles in, that battery lost 20% of its capacity. Which, admittedly sounds bad, but is actually better than the official China requirements of 60% retained battery capacity after 400 charges. But, we digress. 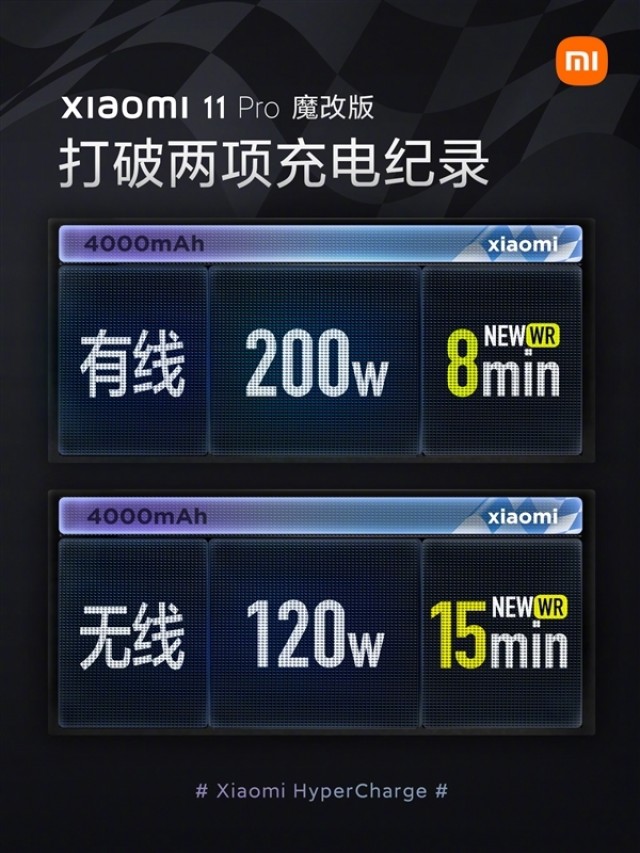 The general consensus after the dust cleared was that for one reason or another, the 200W charging tech was not coming to actual end-user devices any time soon. Well, turns out that doesn’ts tell the entire story and 200W charging might be closer than you think.

Turns out that the company actually behind the 200W charging tech is called NuVolta Technologies – a major player in the charging design and silicon space. As per a new report, the company recently launched a second generation of its pump fast-charging chip. The very same behind Xiaomi HyperCharge. Apparently the NuVolta NU2205 is the single fastests charging chip with the highest power output in the industry, capable of reaching 100W. It is also the only Chinese chip that supports dual-cell 4:2 pump fast-charging architecture, which is how the commutative total of 200W is achieved across a segmented battery.

Clearly, the NU2205 is currently a unique offering on the market. NuVolta Technologies is particularly proud that it has managed to break the monopoly of foreign companies in the dual-cell fast charging space. Best of all, this could be great news for more than just Xiaomi and its devices. Though Xiaomi is still likely to be the first to actually put the tech in a production phone, if we are reading the room correctly, it sounds like the NU2205 could be widely offered and sold to other manufacturers as well. Exciting times ahead for sure!