ZTE has officially confirmed the Axon 30 launch for July 27 with a post on Weibo. The company also posted first official images of the phone, revealing a quad-cam setup in two big circles, similar to the Honor 50 and the upcoming Huawei P50.

At the same time a ZTE A2322 phone appeared on TENAA and looking at the specs, it is likely the very same Axon 30 with its 64MP main camera. 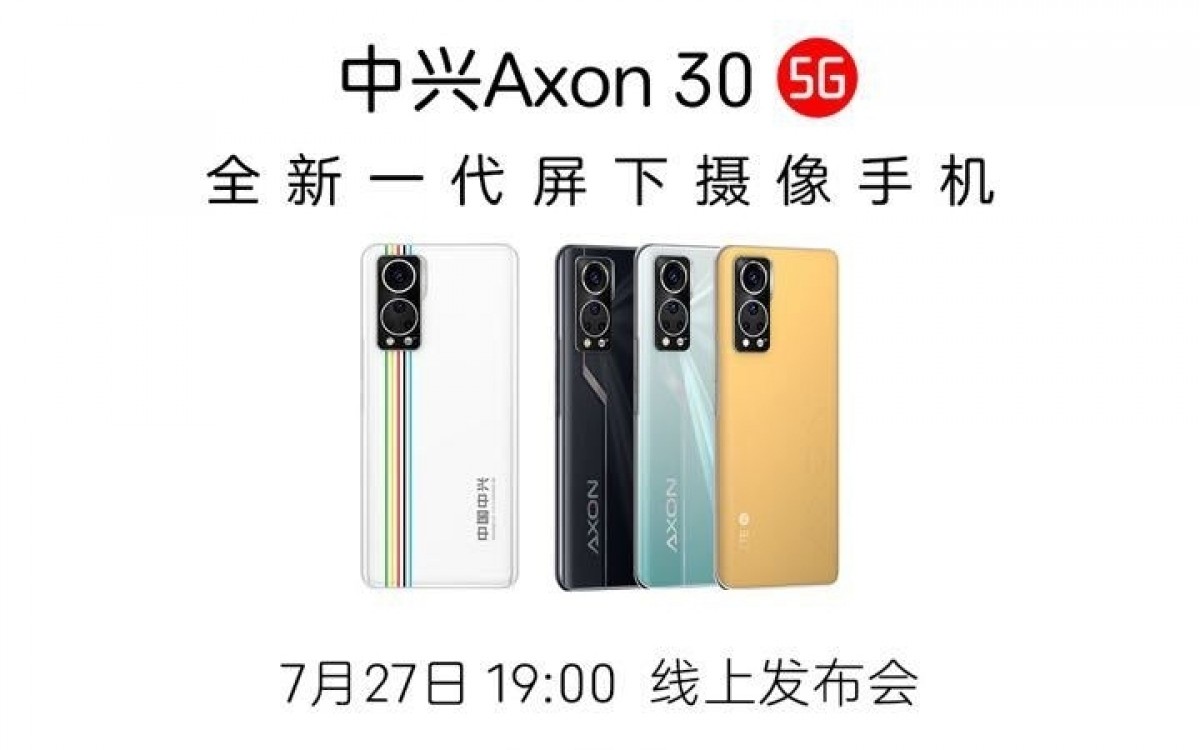 The official images reveal at least four colors – two glossy, one that is likely to mimic leather, and an edition with some fancy rainbow stripes. We can also see the 64MP writing next to the single LED flash, but this is obviously a midranger since two of the four lenses appear to be for macro + depth cameras.

The screen of the ZTE Axon 30 is listed as 6.92” OLED with Full HD+ resolution, and the under-display camera is going to have a 16MP sensor. The OS is obviously Android 11, likely with the heavily modified MyOS 11 on top.